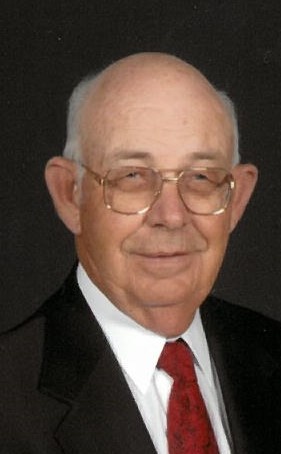 Funeral services for Kenneth Edwin Kruse, 83, of Clifton, Texas will be held at 10 a.m. Saturday, June 25, 2022 in the Rosser Funeral Home Chapel with the Rev. Bob Rainey officiating. Burial will follow at 2 p.m. in Clifton Memorial Park.

Kenneth passed away Tuesday, June 21, 2022 in Cleburne, Texas. He was born in the Garnersville Community of Bosque County, Texas on November 9, 1938 to Edna (Eckert) and Edwin E. Kruse.

He was baptized in Zion Evangelical and reformed Church at Womack on February 5, 1939 by Rev. Herbert Baur and received the rite of Confirmation on March 29, 1953 by Rev. Otto Schulze. He was an active member of congregations in Dallas, DeSoto, and Clifton.

Kenneth attended elementary school in Womack and Clifton and graduated from Clifton High School in 1957. He participated in Future Farmers of America and in band. He served in the Army National Guard. Grounded in business training by a favorite teacher, Mrs. Betty Pearson, he graduated from Draughon's Business College in Dallas while working at Melton Book Company.

On May 2, 1959, he married his high school sweetheart, Betty Gustafson, in Our Savior's Lutheran Church at Norse. As their sons were growing up, he volunteered at Y-Indian Guides, youth sports, and church groups.

He and Betty helped develop the DeSoto FFA Ag Boosters. Kenneth served for many years as a member and then chairman of the DeSoto Planning and Zoning commission, as the small town grew into a thriving suburb. The family enjoyed many camping trips with friends.

In 1986, Kenneth and Betty moved to Clifton. He formed Clifton Book Company which specialized in shipping bibles and devotional materials to churches and Christian bookstores in many states and several countries. During their years in Clifton, the couple were patrons of the Bosque Museum and supported the Nellie Pederson Library and the Volunteer Fire Department. Kenneth took a special interest in the Central Texas Youth Fair Association, and as long as his health permitted, he attended the annual Fair and Sale to encourage and support the youth of Bosque County.

In retirement, Kenneth enjoyed driving out to the country to check on his cattle.

Kenneth was preceded in death by his parents, Edwin and Edna Kruse; and grandparents, Walter J. and Edda Schulze Kruse, and Louis G. and Ann Thiele Eckert.

Memorials may be made in Kenneth Kruse's name to the Clifton Volunteer Fire Dept., PO Box 525, Clifton, TX 76634.

To order memorial trees or send flowers to the family in memory of Kenneth Kruse, please visit our flower store.