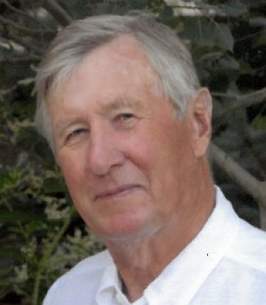 John R. MacLean, Jr. died peacefully at home in Ft. Worth on November 8, 2020, after suffering with Progressive Supranuclear Palsy (PSP), similar to Parkinson’s Disease. He was born in Pueblo, Colorado, in January 1938, to Mary Victoria Curlin MacLean and John R. (Scotty) MacLean.

John graduated from Centennial High School in Pueblo, where he was captain of the football team. After graduating from Centennial, John received an appointment from Congressman J. Edgar Chenoweth to the United States Military Academy at West Point, where he earned his B.S. degree in 1961. While at West Point, he played “B” team football, basketball, lacrosse, and was a member of the ski and skeet clubs. John was always proud of the fact that Coach Hank Emerson would put him in a basketball game as the “enforcer” where he usually fouled out in a matter of minutes.

Before John’s last year at West Point, he met Carol Jean Turner from Cleburne, Texas, which started their New York/Texas romance, and ultimate marriage in August of 1962. Upon graduation from West Point, he was commissioned a Second Lieutenant in the United States Army, and he and Carol Jean were stationed in Friedberg, Germany. There, he was a battery commander for the 27th Artillery of the Third Armored Division, and their daughter Leslie was born. After an honorable discharge from the Army, they returned to the United States, to Nashville, Tennessee, where John attended Vanderbilt Law School, serving as Vanderbilt Bar Association President.

Upon John’s graduation from Vanderbilt in 1967, they moved to Cleburne, Texas, and celebrated the birth of their son Scotty. John started his law practice in Cleburne with his father-in-law, Gean Turner, who quickly suggested that he seek public office. He served as County and District Attorney for Johnson County before being appointed by Governor Mark White in 1984 to serve as judge of the 249th District Court, a bench to which he was elected two years later. He proudly served in public office for twenty-four years. John was board certified by the Texas Board of Legal Specialization in Criminal Law and Personal Injury Law and at the time of his certifications, was one of only six Texas judges who was board certified in two specialties.

In 1990, after stepping down from the bench, he opened a private law office in Cleburne with his close friend, Dan Boulware. MacLean & Boulware enjoyed a successful plaintiff’s trial practice until Dan’s death in 2016.

He was a member of the First United Methodist Church in Cleburne, Texas, where he served in various capacities. John also served as Chairman of the Johnson County United Way.

John and Carol Jean enjoyed fifty-eight years together. As newlyweds while living in Germany they traveled all throughout Europe. In their later years, their love of travel did not wane, and they enjoyed many memorable family trips to destinations such as Scotland, Argentina, Costa Rica, Peru, Spain, and Russia. What John loved more than travel, however, was the time spent in Vail Valley with Carol Jean and their children, Leslie and Scotty, his daughter-in-law Pepper and his grandsons, Turner and Mack. John and Carol also developed many lasting and cherished friendships in Vail Valley.

An avid outdoorsman, John loved nothing more than a blue-sky ski day; a day of fly fishing on any mountain stream; and any day in a duck blind with a black lab by his side. He was also a private pilot and enjoyed aviation for many years. John learned to snowboard on his 60th birthday to surprise his children. He said he could die a happy man because his grandsons enjoyed the same outdoor sports he so much enjoyed.

John was preceded in death by his parents.

He is survived by his wife of fifty-eight years, Carol Jean MacLean, a son, John R. (Scotty) MacLean and his wife, Pepper, of Fort Worth, and their children, Turner MacLean and Mack MacLean; a daughter, Leslie MacLean of Dallas; brother-in-law, Dick Turner, wife Sydney, niece Meridith Staton and her husband Charles and their children; nephew, Todd Turner and his children, along with numerous Colorado, Kentucky and Tennessee cousins.

In lieu of flowers, the family suggests a donation to the Michael J. Fox Foundation, North Texas Food Bank, or the Pastor’s Emergency Fund of First United Methodist Church of Cleburne, Texas.

The family is grateful to John’s dedicated caregivers: Cutter Bryan, Tim McBrown, Andrea Thomas, Patty and Tony Robles, and many others who showed such kindness and care during his illness.

In light of Covid-19, the family will hold a private graveside service at the Dallas-Fort Worth National Cemetery in Grand Prairie officiated by Dr. Keith Whitworth, of Cleburne, Texas. Funeral services will be provided by Rosser Funeral Home in Cleburne, Texas.

To order memorial trees or send flowers to the family in memory of John Ronald MacLean, Jr., please visit our flower store.