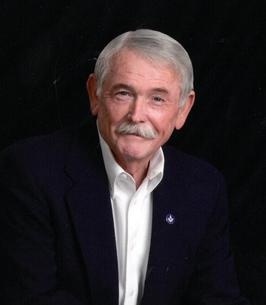 Wayne Maggard, 75, passed away February 14, 2019 at Community Hospice of Texas in Fort Worth. A memorial service to celebrate Wayne’s life will be held at 11 a.m. Saturday, March 2, 2019 at the First United Methodist Church of Cleburne.
Wayne was born in Corsicana, Texas on July 7, 1943, to Georgia Ann (Gipson) and Wayne Davis Maggard Sr. Wayne attended Navarro College before joining the United States Marine Corps with lifelong friend, Bud Gorman, at the age of 20, where he proudly served his country.
Wayne was an insurance adjuster by profession, specializing in catastrophic losses, a job which took him to all corners of the United States.
Wayne married Patricia White McCarty on October 30, 1993, which prompted his move to Cleburne where he lived for the next 25 years and where he became an active member of the First United Methodist Church of Cleburne. Wayne was also a member of Cleburne Masonic Lodge #315.
Wayne was an amateur blacksmith and “tinkerer,” and made beautiful iron furniture, some of which was commissioned by Dallas area designers and interior decorators. Several of Wayne’s pieces were also sold at auction to raise money for the Dallas Museum of Art.
Wayne was preceded in death by his parents.
He is survived by his wife, Patty Maggard of Cleburne; sons, Jason Maggard of Dallas, Texas; Matt McCarty and Jayd McCarty, both of New York City, New York; cousins, Charles Ray and wife Lynne of Midland, Texas and Karen Payne of Cleburne; sister and brother-in-law DK and Mike Reynolds of Austin; nephew Kley Reynolds of Austin, and many friends.
In lieu of flowers, memorials may be made to the First United Methodist Church, PO Box 114, Cleburne, TX 76033 or to Community Hospice of Texas, 501 N. Ridgeway Dr., Cleburne, TX 76033.
To order memorial trees or send flowers to the family in memory of Wayne Davis Maggard Jr., please visit our flower store.