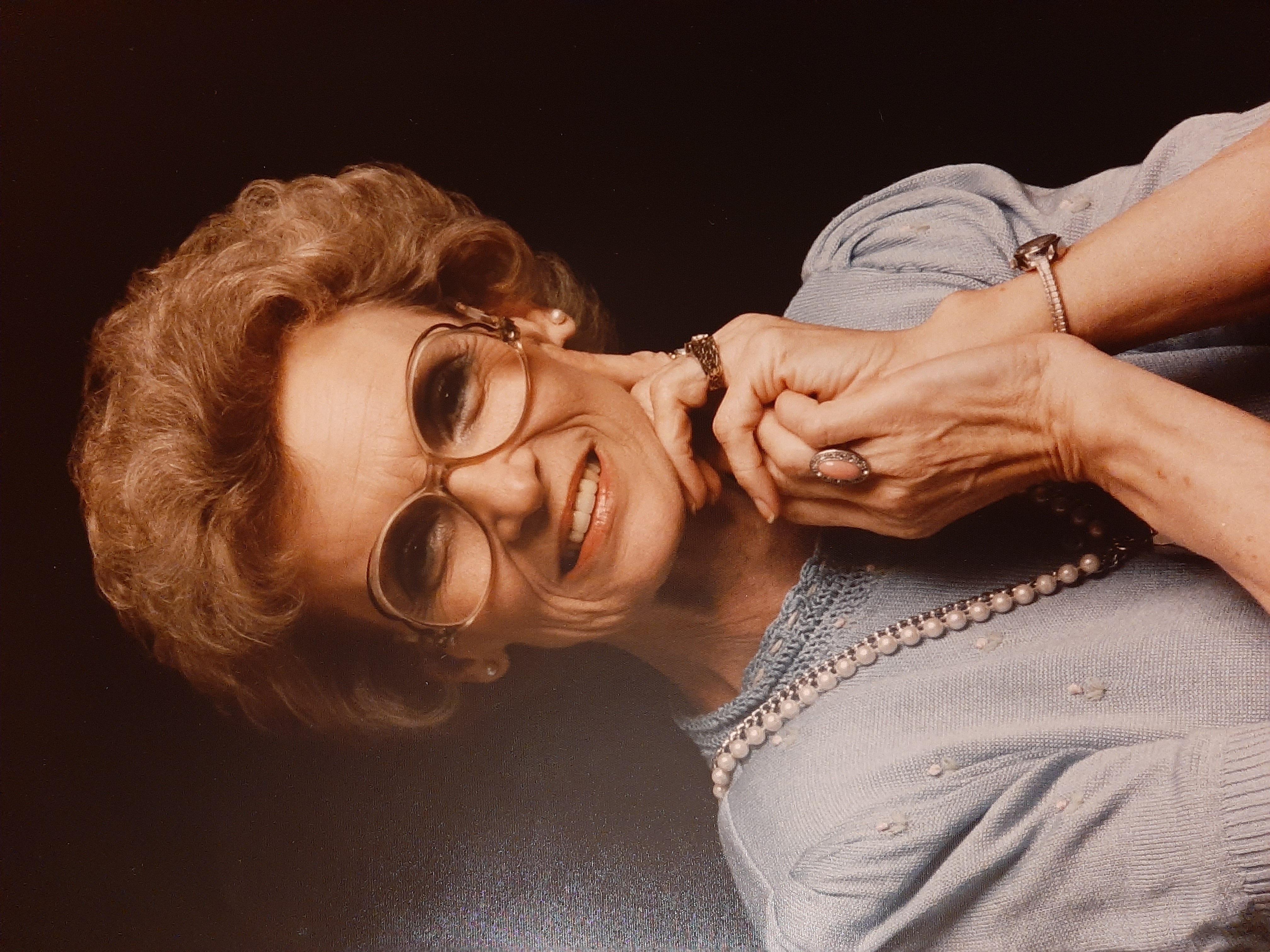 Jane is survived by one brother, Roger Sage, of Longview, Texas;  children Sylvia Sims of Cleburne, Shirley Anderson and husband Marcus of Abilene, James Sims of Ft. Worth, and Mark Sims and wife Holli of Cleburne;  grandchildren April Darroch and husband Bill of Arlington, Texas, Cecily Sims of Ft. Worth, and Coy and Addie Sims of Cleburne;  great grandchildren Hannah and Samuel Darroch of Arlington.

Mary Jane Sage was born to Edgar and Mildred Sage on July 18, 1926, in Fort Worth, Texas.  She grew up in Abilene, Texas and had a younger brother, Roger.

Jane loved to sing and had a beautiful soprano voice.  At a young age she began singing in school choirs and at church.  When she was 16, Coy Sims came to her church, Southside Baptist in Abilene, as Music and Youth Director.  He fell in love with his young choir member and they married soon after she graduated from high school.  Some thought she was too young to marry him, but that marriage lasted 55 years.  Jane and Coy were partners in both religious education and music.

Coy graduated from Hardin-Simmons University and from Southwest Baptist Theological Seminary with the goal of a career in church music and education.  But while serving in Cleburne Baptist Church, he was recalled into the Air Force during the Korean War.  He decided to stay in the Air Force and make a career of it.  Jane, now a mother of two young daughters, followed him to Fort Worth, Japan, Maryland, and San Antonio.  Wherever they were stationed, they found a church that needed their musical talents and leadership skills.

Seven years after the girls were born, they had two sons.  So Jane kept busy with four children.  Sometimes Coy would have to be gone on assignment, including two stints in Vietnam.  Jane had the sole responsibility for the home and children during these times.

Mary Jane Sims had attended Hardin-Simmons University, but she chose to make her career a wife, mom, homemaker, and assistant in her husband’s church work.  She was a devoted wife and mother;  she kept a beautifully decorated and immaculately clean home;  she was an outstanding cook;  and she was a gifted singer and teacher.

Jane always sang in the church choir, from the age of 15 to 85.  She often sang solos, both in church and in the community, and sang many duets with Coy.  She was also gifted as a teacher and began teaching Sunday School at age 15.  She taught children, youth, and young adults.  The last class she taught was the oldest lady’s class at First Baptist Cleburne, which she taught till she was 92.  She also directed many vacation Bible Schools and had the largest Bible School in the state of Texas, over 800 children, when she lived in San Antonio.  She continued her tradition of organizing and leading Bible School by having an Adult Bible School for Senior Adults, the most recent one in the summer of 2021.

From 1982-1988, Jane used her skills working as a Homemaker Counselor for the Charles Ledbetter Counseling Service and Child Protective Services.  She had a compassionate heart for underprivileged children.  She also served on the Board of Operation Blessing for over 25 years.  She was a member of Cumtux Study Club for 35 years and served as President three times.

Tragically, Coy died of a brain tumor in 1999.  Jane cared for him in their home until he passed.  After his death, Jane continued a senior adult ministry that he had begun.  It met once a month for food, fellowship, interesting and informative programs.   It became known as Evergreen and Jane continued to lead it, organizing the lunch and the programs.  She finally gave up leading Evergreen this past September.

Jane’s proudest accomplishment was her four children: Sylvia, Shirley, James, and Mark.  She spent much time training her special needs daughter Sylvia to become an independent and gracious adult.  After Coy’s death, Sylvia became her faithful companion, and was invaluable in helping her in her elderly years.  Shirley and James have successful musical careers, and Mark has a thriving business as a home builder.

Jane was exceedingly proud of her grandchildren April, Coy, Cecily, and Addie, and her two great-grandchildren Hannah and Samuel.

Jane was blessed with good health all of her life, which was evidenced by her longevity.  Her only physical ailment was her back.  She had scoliosis and osteoporosis which caused her much pain and discomfort.  It kept her from driving and being mobile.

But she was as active as was possible, and loved going to church and its activities.  She remained mentally alert and only lost coherence in the last few weeks of her life.  She continued to live in her home where she was comfortable, surrounded by her many green plants, and her special collections of pretty things.  All of her children, grandchildren and great grandchildren were able to visit with her before her departure.  She died peacefully in her bed, in her bedroom, in her home on November 26, 2022.

To order memorial trees or send flowers to the family in memory of Mary Jane Sims, please visit our flower store.