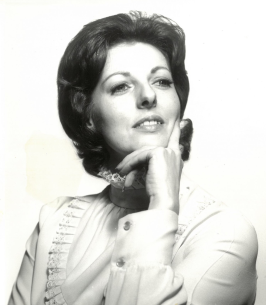 Funeral services for Cynthia Ann (Farber) Maurer, 82, of Keene, Texas will be conducted at 2 p.m. Saturday, March 27, 2021 in the Rosser Funeral Home Chapel with the Rev. Joe Ardy officiating.
A visitation will be held from 6 – 8 p.m. Friday, March 26, 2021 at Rosser Funeral Home.
Mrs. Maurer passed away Tuesday, March 23, 2021 in Keene. She was born in Canton, Ohio on July 24, 1938, the daughter of Elizabeth (Hetrick) and Paul Farber.
Mrs. Maurer married Dewey Allen Maurer on March 17, 1956, in Canton.
She was a baker; having worked at Johnnie’s Bakery in Canton and was a member of the Canton Baptist Temple.
Mrs. Maurer was preceded in death by her parents; and her husband in 2013.
She is survived by her son, Kris Maurer; daughter, Laura Maurer, both of Cleburne, Texas; grandsons, Colin (Lauren) Maurer and Tony (Erica) Cunningham; granddaughter, Nicole Shuman; great grandchildren, Karlee, Marlii, Damien, and Karson; and a host of other relatives and friends.
To order memorial trees or send flowers to the family in memory of Cynthia Ann Maurer (Farber), please visit our flower store.