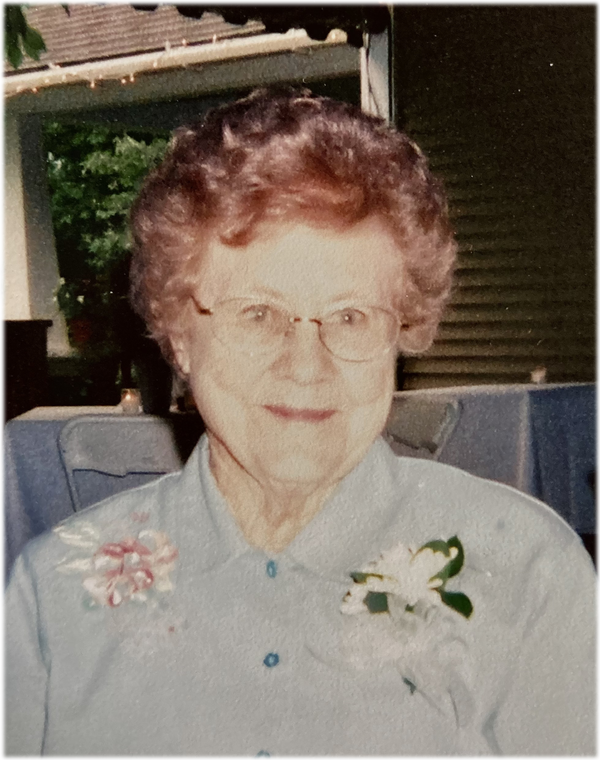 Funeral services for Iva Gean McElroy will be conducted at 2:00 P.M., Tuesday, March 29, 2022 in the Rosser Funeral Home Chapel with Mr. John Haffner officiating. Interment will follow in Rosehill Cemetery. Visitation for family and friends will be held from 6-8:00 P.M., Monday, March 28, 2022 at Rosser Funeral Home.

Iva Gean was born on Feb. 10, 1925, to Augusta Hamlett Pernell and Fannie Jane Harp Pernell. After attending school at Alvarado and Rio Vista, she met Raymond Dee (R.D.) McElroy on a blind date. They married on Feb. 8, 1942, and they moved several times as a young couple since R.D. was in the Air Force. Soon after moving back to Texas, they bought a 65-acre farm near Grandview where they raised a family. Iva Gean worked on the farm and was a devoted housewife and mother.

Iva Gean loved to travel, especially alongside her husband flying one of their six different airplanes they had throughout the years. They had even built a small airport on their farm so they could take trips often. After their three boys were grown, they became members of the Good Sam Club and travelled many places in their travel trailer. They made many friends and good memories along the way. Iva Gean was also an active member of the Granbury Street Church of Christ.

To order memorial trees or send flowers to the family in memory of Iva Gean McElroy, please visit our flower store.