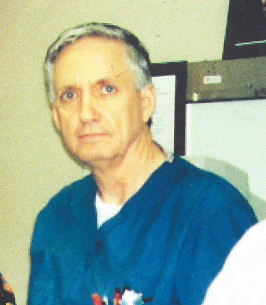 A memorial service for Robert Lee Metz, 77, of Cleburne will be conducted at 2:00 p.m., Tuesday, October 22, 2019 in the Rosser Funeral Home Chapel. The Reverend Ken Coleman will officiate.
Robert Lee Metz passed away Wednesday, October 16, 2019 in Cleburne. He was born November 25, 1941 in Roanoke, Virginia to Wynona (Ferguson) and Garford R. Metz.
Mr. Metz was a true patriot who served his country in both the United States Army and the United States Air Force and was extremely proud of his service. Robert worked as a Radiologist for the Veterans Administration before retiring. He was greatly loved by everyone in the community. Robert is preceded in death by his parents; wife, Norma Jean Naff Metz; and his beloved dog, Sparky.
Survivors include his sons, Robert Metz, Jr. of Austin and Kenneth Metz and wife Jeanne of Plano; brother, Rudy Metz and wife Janet; sister, Sherry Lewey and husband Jim; and a host of other extended family and friends.
In lieu of flowers, the family requests donations to the SPCA of Texas, www.spca.org, in loving memory of his dog, Sparky, who meant the world to him.
To order memorial trees or send flowers to the family in memory of Robert Lee Metz, please visit our flower store.