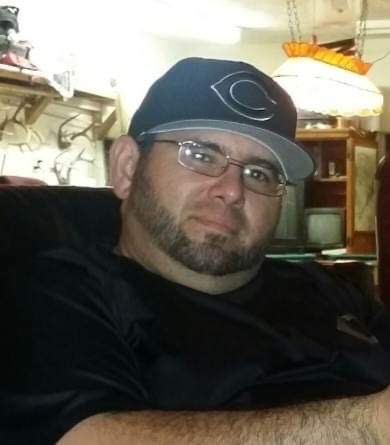 A visitation with The Rosary will be held from 6 - 8 p.m. Thursday, December 29, 2022 in the Rosser Funeral Home Chapel.

Miguel was born on April 13, 1979 in Chicago, Illinois and raised by his mother Laura Lopez. Miguel was influenced by his maternal grandmother Teresa Lopez, whom he knew he could always count on. "AMA" always showed him unconditional love. Florencio Lopez, his maternal grandfather whom he saw as a father figure, was the one he looked up to, showed him right from wrong and most importantly the one who showed him the true values of becoming a man. Miguel had the upmost respect for his grandpa. Miguel was surrounded and loved by many of his uncles, some of which he considered more like his brothers.

Miguel and his family lived three years in Chicago, three years in Houston, Texas and a brief time in Mexico. At the age of eight years old they moved to Post, Texas where he started 2nd grade. He graduated from Post High School in 1998, where he met Rachel, the mother of his two children, Miguel Jr, and Malaeki. While living in Post, he worked with his uncle Sergio, helping him run his roofing business.

Shortly after in 2001, Miguel Jr. was born. Miguel moved to Cleburne where he ultimately settled down with Rachel and their children. Miguel worked for James Hardie in Cleburne for 15 years as an Apollo Operator. He also worked as a Pool Technician for Cleburne Pool Care for two years.

Miguel was a devoted father to his children and he enjoyed being a part of their life in any way he could. He was a volunteer coach for Cleburne Pee Wee Football Association and Cleburne Baseball Association , coaching Miguel for 6 years. During this time, he met many people who became lifelong friends. Miguel always put forth the extra time to make sure his children got to their practices and/or sporting events. His motto when they were growing up was "CAN'T IS NOT A WORD". It was important to him to instill discipline and commitment in everything they did. Rachel and Miguel spent 20 + years together, separating in late 2019, but that never kept Rachel from doing for him when Miguel became ill, never leaving his side till the day he was called home.

Miguel enjoyed barbequing and spending his time with family and close friends. He loved sports, dancing, and listening to music such as Spanish, Rap/Hip-Hop and Country. Miguel loved to make people around him laugh, he was the life and joker of the party to many people, and he would do anything to help anyone in their time of need.

The family would like to extend their sincerest gratitude to all those who have reached out to them in their time of need, your support to help make this day happen for Big Mike couldn't have been possible without the help they've received..

He is preceded by maternal grandparents, Teresa and Florencio Lopez; and three uncles, Sergio, Oscar, and Lobo Lopez.

Miguel is survived by his son, Miguel Jr.; daughter, Malaeki and her significant other, Isaiah; their mother, Rachel; his good friend, J.D.; two grandchildren, Gabriel Sanchez and Esmerae Quero, whom he loved very much and they meant the world to him; his mother, Laura Lopez; one sister, Ana Sanchez and husband, Andrew; three brothers, Ismael Estrada Jr and significant other, Julie, Jason Estrada and significant other, Kristian, and, Stephen Rodriguez; five nieces; three nephews; six uncles; six aunts; and numerous cousins who loved him dearly.

To order memorial trees or send flowers to the family in memory of Miguel Sanchez, please visit our flower store.