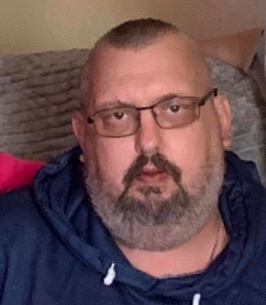 Eric Scott Minster, 50, of Cleburne, Texas passed away Tuesday, April 13, 2021 at his home. A memorial service will be held at a later date.
Eric was born in Canandaigua, New York on July 15, 1970, the son of Leora (Reed) and Harrison Minster.
He married Lisa Moon on April 28, 2014 in Cleburne. Eric worked at Johns-Manville and attended Cornerstone Church.
He was preceded in death by his father and grandparents.
Eric is survived by his wife, Lisa Minster; mother, Leora Armstrong; sons, Brad Jordan and Lonnie Jordan, Jr.; daughter, Aliesha Haney, all of Cleburne; brothers, Larry Minster of Weatherford, Texas, Bobby Campbell of Cleburne, and Michael Campbell and wife, Melissa, of Keene, Texas; sisters, Karla Campbell and Brenda Camp, both of Cleburne; nine grandchildren; and many other family members and friends.
To order memorial trees or send flowers to the family in memory of Eric Scott Minster, please visit our flower store.