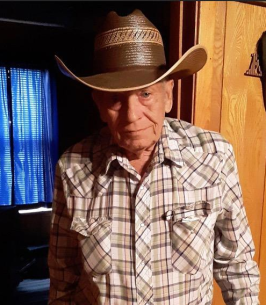 Jimmy Dale Mitchell, Sr. 70 passed away August 13, 2020, along with his oldest son Jimmy Mitchell II. 48, both from injuries sustained in a car accident in Dallas. Arrangements for Jimmy Mitchell II can be seen on www.azlefuneralhome.com

Graveside service will be held at 10 a.m. Saturday, September 12, 2020 at Mt. Olive Cemetery in Scurry, Texas.

Jimmy Dale Mitchell, Sr. was born January 16, 1950 in Waxahachie to Champ and Nona Mitchell or “Mawmaw & Pawpaw” as they were known.

Jimmy, known affectionately as “Pops”, “Papa” or “Jimmy Dale, worked as a truck driver his entire working life. He was known as a Truck Driver’s Truck Driver. During his career he logged well over one million miles and had been described as a driver who “had probably forgotten more about truck driving than most drivers would ever remember”. From the highway, he saw more of the United States than most of us ever will. Hauling everything from produce, car parts, beanbag chairs to cash, he carried just about anything you could think of to its destination. A loving father, grandfather, great grandfather, brother and uncle, not to mention, a stern red-blooded American. He didn’t hesitate to express his love for our country. He will be remembered as a hardworking man who would give you the shirt off of his back. All you had to do was ask. He never forgot the importance of family and friends and he was a strong man who endured, even through the tragedies that had befallen him during his lifetime. When we see the red “Peterbilt” moving down the interstate, hear the air horn or the sound of the jakebrake, we’ll remember that Jimmy was one of those drivers helping to move America along while supporting his family and having an unfaltering love for both.
To order memorial trees or send flowers to the family in memory of Jimmy Dale Mitchell Sr., please visit our flower store.