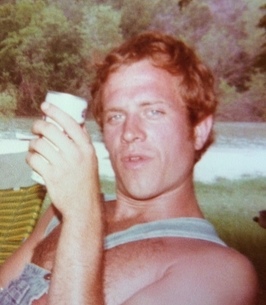 A memorial service celebrating the life of Jon Curtis Moser, 65, of Cleburne, Texas will be conducted at 2 p.m. Saturday, December 22, 2018 in the Rosser Funeral Home Chapel.
Jon Moser passed away Tuesday, December 18, 2018 in Dallas, Texas. He was born in Cleburne, Texas on June 6, 1953, the son of Dorothy Jean (Drennan) and Curtis August “C.A.” Moser.
Jon married Ann Bradley on June 28, 1973 in Cleburne. He was a member of Field Street Baptist Church.
Jon worked at the Cleburne Santa Fe Shops for 19 years until its closure in 1989. He remained a valued asset for the various companies occupying the shops with his vast knowledge of the facility.
He loved spending time with his grandchildren and was a champion at telling stories. Jon was a master of facts whether they were true or not. He never let the truth get in the way of a good story!
Jon was preceded in death by his father, C.A. Moser and brother-in-law, Kenny Stevenson.
He is survived by his wife, Ann Moser; mother, Dorothy Moser; son, Bradley Moser and daughter, Melanie Moser, all of Cleburne; grandchildren, Callie Moser, Jeffrey Moser and Ryder Curlee; brother, Don Moser and wife, Peggy, of Pueblo, Colorado; sisters, Kathy Stevenson of Katy, Texas and Lori Williams and husband, Jeff, of Aledo, Texas; mother-in-law, Betty Mahanay; brother-in-law, Joe Bradley and wife, Melinda; nieces, nephews and many other family members and friends.
In lieu of flowers, donations may be made to your favorite charity.
To order memorial trees or send flowers to the family in memory of Jon Curtis Moser, please visit our flower store.