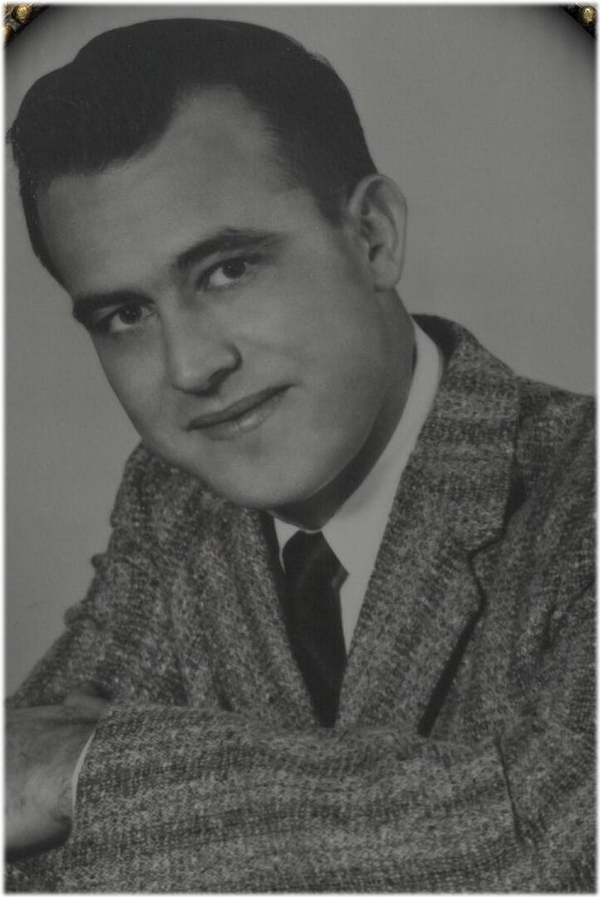 Funeral services for Norman Ray Moser, 88, lifelong resident of Cleburne, Texas, will be conducted at 10 a.m. Saturday, September 29, 2018 in the Rosser Funeral Home Chapel with the Rev. John Glover officiating. Burial will follow in Rosehill Cemetery.
Visitation will be held from 6 – 7:30 p.m. Friday, September 28, 2018 at the funeral home.
Serving as pallbearers will be Jon Moser, Don Moser, Bradley Moser, Gerry Bradley, Jeff Williams and Carl Abt. Honorary pallbearers will be Orvil Honeycutt, Bill Thacker, Bob Force, Tom Tulley, Rob Castiglione, Scott Browder, Richard Sikes, Mike Lehrmann and Steve Lehrmann.
Norman Moser passed away, Thursday, September 20, 2018, with his wife, Mary by his side. He was born in Cleburne on May 16, 1930, the son of Curtis M. and Clara W. (Gaarz) Moser, a former Hamburg, Germany resident.
Norman graduated from Cleburne High School and served his country in the United States Navy being stationed in San Diego and Cuba. Always a hard worker, Norman started helping his father delivering ice for Cleburne Ice and Cold Storage Company at a very young age. He worked diligently to save enough money to purchase the first Indian motorcycle in Cleburne at 15 years of age. He married Mary L. Miller on February 5, 1954 at the First Christian Church of Cleburne and they had four children. After 20+ years at the Cleburne Times Review, he finished his career and retired from the United States Postal Service. During his time at Cleburne Times Review, he was Press Foreman and became so proficient with the Ludlow typesetting machine that he earned the nickname, “Lud”, which he was endearingly called by friends and family. He was also associated with Germania Farm Mutual Aid Association that his grandfather, August Gaarz, was a founding member. His love of God and classical music was passed on to his children as well as a quick wit.
He is preceded in death by his parents; daughter, Patti (Moser) Goree; and brother, Curtis A. Moser. Norman is survived by his wife of 64 years, Mary Moser of Cleburne; son, Scotty Moser and wife, Jeanette, of Corsicana, Texas; daughters, Pam Moser of New Braunfels, Texas and Penny (Moser) Bradley and husband, Gerry, of Colleyville, Texas; grandchildren, Katie Bradley, James Goree and Rilee Moser; and many other family members and friends whom he loved dearly.
In lieu of flowers, donations may be made in his memory to the American Heart Association.

To order memorial trees or send flowers to the family in memory of Norman Moser, please visit our flower store.