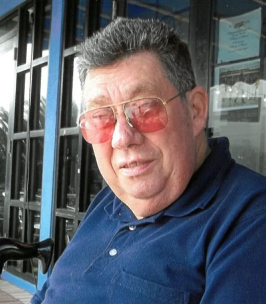 This morning, Monday, January 18, 2021, my beloved husband, David Robert (Guido) Musante, 72, of Keene, Texas closed his eyes and ascended to a beautiful place. We celebrate the infinite love and compassion he shared through his life.
David, also known as “Moose” by his friends, was born in St. Helena, California on April 25, 1948. He led a successful career in the United States Air Force and completed his military obligation in 1998. His military decorations were many and his was nominated and selected as one of the “Outstanding Young Men of America Award” in 1980. After David retired from the military he worked in the private sector thereafter.
David was married for 50 years to his lovely wife and “best friend” Ellyn Rebecca (McGee) Musante. Their relationship was built inside their wedding rings: “No beginning and no end”. They cherished everyday like it was their last. Ellyn knows that they will meet again in their new life because the love we had for each other can never be separated. David’s love and devotion are inadequate to describe his unselfish generosity of spirit and unconditional love for his wife and his family.
For many years, David volunteered as a drug and alcohol counselor for the local community and rehabilitation centers in Florida. His support and dedication aided immeasurably in support of in-group and individual counseling and his training in the assessment of drug and alcohol dependencies to include ongoing support and guidance.
David’s hobbies were cooking, computers, collecting Build-a-Bear stuffed animals and Rutherford Monkeys.
His family, including grandchildren who referred to David and Ellyn as “Pop Pop and Mom Mom”, will remember him as a loving husband, father, grandfather, and friend. David never met a stranger and was always willing to lend a hand to anyone.
David is survived by his loving wife, Ellyn; two lovely children: daughter, Jennifer Lynn Burrus and husband, Jeff, of Roscoe, Illinois and son, Michael David Musante and wife, Irais, of Austin, Texas; and grandchildren, Shawnna, Justin, and Max Burrus. He also leaves a host of friends.
A memorial service will be held at 9 a.m. Friday, January 22, 2021 at the Cleburne Seventh-day Adventist Church.
To order memorial trees or send flowers to the family in memory of David Robert (Guido) "Moose" Musante, please visit our flower store.