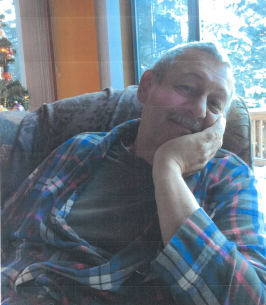 A memorial service celebrating the life of David Arthur Nallon, 74, of Granbury, Texas will be held at 1 p.m. Sunday, March 14, 2021 at Countryside Baptist Church, 2550 FM 2256, Mineral Wells, Texas 76067.
A meal will be served immediately following the service.
David was born in Darlington, County Durham, United Kingdom on July 29, 1946, to Margaret (Smith) and William Nallon.
He served in the Royal Army and was a member of the Church of England.
David married Jerry Pigford on May 17, 1983 in Dallas, Texas.
He was an IT technician.
David is preceded in death by his parents.
He is survived by his wife, Jerry Nallon of Granbury; sons, Rusty Calhoun and wife, Bonnie, of Mineral Wells and Scott Calhoun and wife, Tammy, of Weatherford, Texas; daughter, Dena Bartlett of Cleburne; brother, Robert Nallon of County Durham, United Kingdom; six grandchildren and 11 great grandchildren.
In lieu of flowers, memorials may be made to Friends for Animals, 2885 Fall Creek Hwy, Granbury, Texas 76049.
To order memorial trees or send flowers to the family in memory of David Arthur Nallon, please visit our flower store.