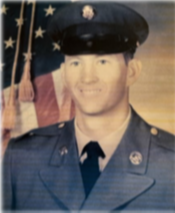 Noah was preceded in death by both parents, his older brother James White, Sister-in-law Linda White and Brother-in-Law Joe Smith.

Noah White's love of life didn't come to an end with his death. Noah passed away on July 22, 2022 at the age of 73 after a courageous battle with cancer, surrounded by loved ones who will continue to honor his legacy by living their lives to the fullest.

Noah had a love of sports from a very young age, even scoring 56 points in one of his high school basketball games . After high school he played basketball at a local junior college before joining the Army. He fought in Vietnam and then returned home to meet the love of his life, Beverly. It was love at first sight, at least for Noah. Beverly took a little more convincing. Their love story ended just months shy of 50 years. They built a life and sports oriented family together. Noah was a machinist for Santa Fe Railroad for 14 1/2 years. Noah later worked in the family business, B&N Concrete Cutting Company until retirement in 2008. Noah not only coached his children, but hundreds of others. His motto remained: "Losing is never an option."

The simplest pleasures in life brought great joy to Noah. He had an uncanny ability to find happiness in his daily activities and especially those that revolved around family and sports. Noah is survived by his wife, Beverly ; four children, David and wife Susan, Kim and husband Billy, Wesley and wife Stephanie, Wayland and wife Amber; two sisters, Joyce Smith and Linda Williams and husband Randy Williams; Best friend who was like a brother to him: Dr. Robert Shaw, grandkids: Kaylee, Cooper, Amorey, Braxon, Mary-Elizabeth, Ryan, Brittney and husband Josh Antley, Jesse Campos, Josh and Jisselle Campos, Erin and Ethan Copeland, along with several great grandchildren and many nieces, and nephews.

The White Family would like to thank you for the outpouring of prayers, food, flowers and love with special thanks to Legend Hospice, Hannah DeLoach and Chaplin Demetrius Ford through this difficult time. In lieu of flowers, please consider donating to your favorite charity.