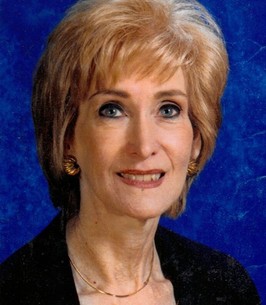 Myra Lee Sowell Northcutt passed away July 10, 2020.
She was born February 3, 1942 into the loving Parentage of Albert and Jennie Lee Sowell, and joined her older brother, George Albert (pre-deceased 2014).
As an early adult she became a Christian while attending the Granbury Street Church of Christ and remained faithful to HIM throughout her lifetime. She currently attended the Westhill Church of Christ in Cleburne, TX.
Myra graduated from Cleburne High School in 1960, earning her BA in Education at Abilene Christian College in 1964 and her MA in Education from North Texas University in 1971.
She taught school in Abilene, TX for a short while, then moved to Denver Colorado to teach in Jefferson County. After two years service she moved back to Texas and taught in Richardson and Cleburne, Texas
While in the Dallas area she met Burt Northcutt and they were married on October 11, 1975. Soon thereafter they decided to make Cleburne, Texas their permanent residence.
She is survived by her husband, Burt, and son, Brent and wife, Michelle Marie, two adult granddaughters, Madison and Morgan of Granbury, TX. Sister-in-law, Meredith Sowell and son, Lynn. A niece, Lora Frazier and husband Glen and son, Logan of Cleburne, TX. Lawrence Sowell and wife, Vicki and son, Jason of Stephenville, TX along with numerous cousins throughout Oklahoma and Tennessee.
Visitation will be held at Rosser Funeral Home, 1664 W. Henderson, Cleburne, TX from 7-8:00 P.M. on Thursday, July 16, 2020.
Private family graveside services will be conducted by Brent Northcutt at 10:00 A.M., Friday, July 17, 2020 in the Rose Hill Cemetery, Cleburne, Texas.

*Remembrances may be made to “The Bridge” % Westhill Church of Christ, P.O. Box 766 Cleburne, TX 76033.
To order memorial trees or send flowers to the family in memory of Myra Lee Northcutt (Sowell), please visit our flower store.