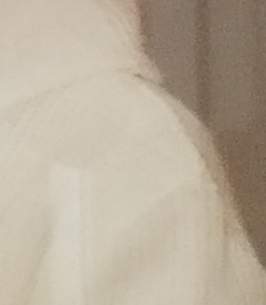 Lyndia “Lyn/Lynda” Williams Oldham, age 73, passed away at her home in Cleburne, Texas on April 5, 2019 of natural causes. She was born on November 30, 1945 in Sallisaw, Oklahoma to the late Harley Williams and the late Erma Dean (Jones) Mahle. Her husband, Jim Oldham, also preceded her in death.
Surviving are her children, Kelly Nance of La Vergne, Tennessee, Leslie (Paul) Upchurch of Cleburne, Texas, and Shannon (Michael) Priddy of Grimesland, North Carolina. Grandchildren include Elijah Upchurch, Zander Upchurch, Braden Priddy and Jourdan Priddy. Siblings include Carolyn (Carey) Rhodes and Bob (Bobbi) Williams.
Lyn was a 1964 Sallisaw High School graduate and, after having her three children, she continued her education at Madisonville (Kentucky) Community College in their nursing program. She retired as a Licensed Practical Nurse after working in various hospitals and nursing homes in Kentucky, Oklahoma, Arkansas and Texas. She also enjoyed gardening, baking, sewing and spoiling her dog, Gabby.
There will be no services and a private interment at Mount Harmony Cemetery in Greenwood, Arkansas will be scheduled at a later date.
Lyn’s favorite Bible verse was “And we know that all things work together for good to them that love God, to them who are the called according to His purpose.” Romans 8:28 (KJV)
Rosser Funeral Home in Cleburne, Texas was entrusted with the cremation.

To order memorial trees or send flowers to the family in memory of Lyndia Paulene Oldham (Williams), please visit our flower store.