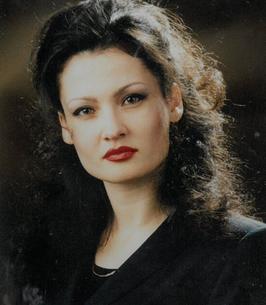 A memorial service celebrating the life of Iryna Spangler Owen, 47, of Cleburne, Texas will be held at 11 a.m. Friday, February 1, 2019 at Chisholm Trail Church, 7770 CR 1208, Rio Vista, TX 76093. Pastor Wade Yarbro will officiate. Following the service, a meal will be served to family and friends.
Iryna went to be with her Lord and Savior on Saturday, January 26, 2019 in Fort Worth, Texas. She was born in Lipovetz, Ukraine on May 28, 1971, the daughter of Nadia and Vasiliy Mochnatyuk.
After high school, Iryna graduated from Kiev National University of Trade Management and earned her Master’s Degree in Management in National Economics from Vinnytsia National Technical University.
Her sense of adventure sent her to America where eventually she moved to Cleburne, Texas and on February 17, 2003, Iryna married Kevin Owen. They welcomed their only child, Nadia Owen on March 18, 2004.
Iryna was employed by Johnson County and excelled in the area of court management, later serving as Probate Auditor in County Courts of Law 1 and 2.
In the field of court management, she received many achievements and awards at both the state and federal level.
One of her highest achievements was the honor of becoming a Fellow of the Institute for Court Management which she received in the Supreme Court of the United States in Washington, D.C.
However, Iryna loved her family second only to her Lord and her family was the most important thing to her on this earth. In addition, she loved her co-workers, friends and church family, who were always there for her during her lengthy illness.
Iryna Owen is survived by her husband, Kevin Owen and their daughter, Nadia Owen, both of Cleburne; parents, Nadia and Vasiliy Mochnatyuk; sister, Olga Maletina and husband, Konstantin Maletina; niece, Iryna Maletina; cousin, Larisa Poulsen and husband, Ulrich; step-children, Josh Owen, Tana Owen Hill and husband, Robert, and Shilo Owen Cornish and husband, Cade; and step-grandchildren, Tyler, Karlie, Dax, Gage, Emma, Maggie, Lucas and Laney.
In lieu of flowers, donations in Iryna’s name may be made to the American Cancer Society or to the Chisholm Trail Church, P.O. Box 1102, Cleburne, TX 76033.

To order memorial trees or send flowers to the family in memory of Iryna Spangler Owen (Mochnatyuk), please visit our flower store.