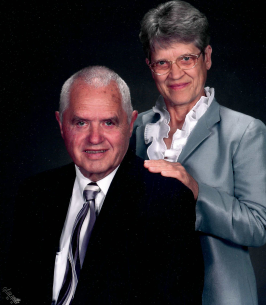 Jerry Peterson passed away Friday, September 10, 2021 at his home, surrounded by his loving family. He was born July 23, 1939 in Park Rapids, Minnesota. He married his sweetheart, Shirley Andersen on August 27, 1961 in Lincoln, Nebraska.

Mr. Peterson was a retired commercial truck driver and a member of the Keene Seventh-day Adventist Church. He enjoyed woodworking, missionary work and spending time with his family. Jerry was preceded in death by his parents; and brothers, Don Peterson, Bob Peterson, Veril Peterson, Tom Peterson, Clifford Peterson, and Ernest Peterson.

Memorials may be made to: Maplewood Academy Worthy Student Fund at https://www.maplewoodacademy.org/donate
To order memorial trees or send flowers to the family in memory of Gerald "Jerry" Dean Peterson, please visit our flower store.