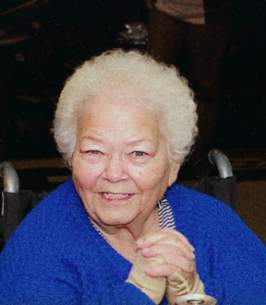 Service for Naomi Petty, 84, of Alvarado, will be conducted at 10:00 A.M., Monday, January 7, 2019 in the Rosser Funeral Home Chapel. The Reverend Doug Lawson will officiate. Committal will follow at 2:30 P.M., Monday in the DFW National Cemetery in Dallas. Visitation will be from 5-7:00 P.M., Sunday, January 6, 2019 at the funeral home.
Naomi Petty died on Friday, December 28, 2018. She was born at home to N.J. and Willie Mae Briscoe on February 11th, 1934 in Alvarado, TX.
She married James Petty Sr. on July 9, 1966, and they were together as they moved across the United States and Europe.
Naomi earned her LVN and enjoyed her career. She worked in hospitals in Chicago, Virginia, and Texas as well as volunteering while overseas. She also served on the Alvarado City Council.
Mrs. Petty was proceeded in death by her parents Willie Mae and N.J. Briscoe, her sisters, Juanita Bates and Dorothy Woodson, and beloved niece Penny Travis.
Naomi is survived by her husband of 52 years, James Petty Sr. who resides at their family home in Alvarado. Three sons, Dale Briscoe, of Keene TX, Sidney Carter, his wife Patricia and their children Ebony and Naomi who along with their husbands and children all live in Midlothian, TX, and James Petty Jr. and his wife LaShawna of Alvarado, and their sons Devon and wife Blair of Grapevine, and Cameron who resides in Alvarado. Naomi was fortunate enough to have four loving nieces, Willa Brown and her husband Darrel Brown, Charlotte Littles of Newark, New Jersey, Sonya Reed of Fort Worth, and Dorothy Nell Parker of Cleburne. These ladies were instrumental in providing the love and support she needed in those toughest of times.

To order memorial trees or send flowers to the family in memory of Naomi Ruth Petty (Briscoe), please visit our flower store.