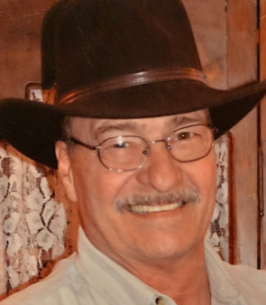 In loving memory of a beloved Husband, Father, Opa, and Friend
Graveside services for Frederick Poeggel of Cleburne will be conducted at 2:00 P.M., Wednesday, January 27, 2021 in Rosehill Cemetery. Pallbearers will be James Daly, Charles (CJ) Palmer, Charles VanDeren, Patrick VanDeren, Billy Dixon and Mike Young.
A visitation for family and friends will be held from 6-8:00 P.M., Tuesday, at Rosser Funeral Home.
Frederick Poeggel, age 73, passed away January 23, 2021 in Cleburne, Texas. Fred was born November 30, 1947 to his parents, Fritz and Edith Poeggel in Valley Stream, New York. Fred was a Vietnam Veteran. He fought for our country in the Vietnam War from 1964 – 67. He married his lovely wife, Lisa on March 1, 1978 in Long Beach, New York. Shortly after their marriage they moved to Cleburne, Texas during the same month and year of 1978. He and his family were members of the Cleburne First Seventh-day Adventist Church since 1980.
He worked in Law Enforcement until he retired in 1998. Since his retirement he just loved spending time with family and picking up his pecans in his beautiful back yard. He loved classical music and played the piano beautifully by memory, he never read a single note.
Those that knew Fred loved his witty personality. He loved making people laugh, especially his family. His prize possessions were his grandchildren. They knew him as Opa which is German for Grandfather. It was an honor to carry the title of Opa as an elder and he earned that title.
He is survived by his wife, Lisa; his sister, Billie Sullivan of Keene; brothers, Kurt and Richard Ganter; his children, daughters, Melanie VanDeren of Grapevine and Kim Daly of Cleburne; his sons, Billy Poeggel of New York, Richard Poeggel of Georgia, James Daly of Cleburne and Frederick Poeggel of South Carolina; grandchildren, Patrick and Kayla VanDeren, Hope and Charles (CJ) Palmer and Joseph Tarter, Krislynn and Deven Daly, Richard and Jenna Poeggel, Madelyn and Garrett Poeggel and many great grandchildren.
May you rest in peace until our Lord and Savior returns to take us home. We will meet you in the clouds. We Love You ! “And That’s the IT of IT”
To order memorial trees or send flowers to the family in memory of Frederick Poeggel, please visit our flower store.