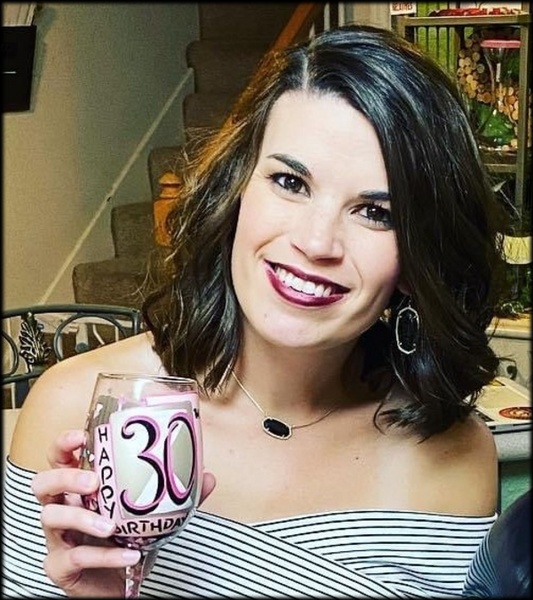 Funeral services for Aimee Elisabeth Prater (Scarbrough), 30, of Granbury, Texas will be conducted at 10:00 A.M., Saturday, February 12, 2022 at Westhill Church of Christ in Cleburne, Texas. Burial will follow at Bono Cemetery. A visitation for family and friends will be held from 6 – 8 p.m. Friday, February 11, 2022 at Rosser Funeral Home.

Aimee Elisabeth Prater (Scarbrough), 30, passed away on Saturday, February 5, 2022. She was born October 1, 1991 to parents Keith and Lisa Scarbrough. Aimee was born and raised in Bono, Texas and married C.J. Prater, on September 17, 2016. She lived with her husband and daughter, Lynlee Claire Prater, in Granbury, Texas.

Aimee’s life was filled with love, light, and a sense of adventure. During her childhood, she developed her servant's heart for her community by watching her father who is a firefighter and her mother who is a pediatric ICU nurse. This drive to pursue purpose filled work led her to earn a Bachelor of Social Work from San Angelo University and advocate for struggling members of the community in her role of Quality/Staff Development Manager at Pecan Valley Centers for Behavioral and Developmental Healthcare. She and her husband were active in their community, serving roles with the Granbury Chamber of Commerce and Rotary Club.

While Aimee showed deep passion for her work and volunteering, her biggest passion was her family and friends. She adored her husband C.J., whom she met as a teenager and was, in her words, her “soulmate, best friend, and forever adventure partner”, and her daughter Lynlee Claire, her princess. Aimee was a core member of both her and her husband’s families, where she could be found amidst the planning crew for holiday get togethers, vacations, and all the small but precious life events. She was passionate about living life to the fullest and rarely missed a chance to try something new. Her weekends were often filled with running 5Ks, community events, or exploring local places. In a thousand little ways, her love for those she held dear was deep and wide and expressed with no reservations. She will be dearly missed.

Aimee was preceded in death by her grandmother, Nell “Nanny” Baskett, and great grandmother Christine Baskett.


In lieu of flowers, the family would appreciate Disney World gift cards. Aimee was so excited to introduce Lynlee to the magic of Disney World that she and C.J. loved so much.

To order memorial trees or send flowers to the family in memory of Aimee Prater, please visit our flower store.