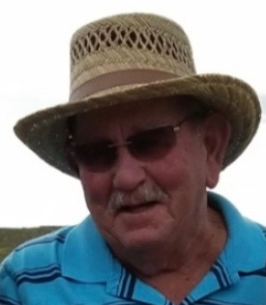 A memorial service celebrating the life of Donald Patton “Don” Rice, 75, of Grandview, Texas will be held at 2 p.m. Saturday, February 27, 2021 in the Rosser Funeral Home Chapel with the Rev. Jacky Mears officiating.
Don passed away in Fort Worth, Texas on Sunday, February 21, 2021. He was born in Cleburne on June 19, 1945, the son of Floye (Wynn) and R. B. Rice.
Don spent most of life as an auto dealer but "dabbled" in numerous adventures.
He hoodwinked the love of his life into thinking marrying him would be a ride she would never forget. Don was right for there was never a dull moment in their life together!
He never met a stranger and he was as big a grouch as he was a sweetheart.
Don was never at a loss for words. Perhaps this is what prompted him to become a newspaper editor/publisher as well. Always looking out for the little guy!
He loved his family with a passion.
Don had advice for anyone seeking it and sometimes even those who didn't. If he didn't he did research until he did.
So I'm sure he would say to us all...Live hard, love hard and don't be afraid of anything!
Don was preceded in death by his parents and brothers, Kenneth and Robert William Rice.
He is survived by his beloved wife, Teracia (Douglas) Rice; son, Shorty Rice; grandchildren, Sitka Rice, Jetta Rice, Corban Wilson, and Tayva Wilson; brother, Bee Rice and Stella Clements; numerous special nieces and nephews; and many friends.
To order memorial trees or send flowers to the family in memory of Donald Patton "Don" Rice, please visit our flower store.