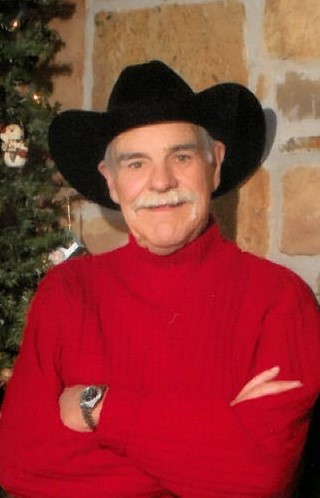 Rick served his country in the United States Air Force and was a proud veteran of the Vietnam War. As one of the owners of Fort Worth Gear and Axle, Rick was truly an all star outside salesman. His contacts were not just his customers, they were also his friends. He traveled many miles in his bright red Ford Dooley with gold leaf lettering for nearly 40 years before finally retiring in 2018. His co-owner Glen said, “A person could not ask for a better friend and partner than Rick.” Rick especially enjoyed dressing up in themed costumes to drive his wife and her Yaya’s in their personal limousine; his favorite costumes being Cowboy Rick and Bahama Bob. He was a longtime member of the Cowtown Vettes Club, an avid collector of classic cars, and enjoyed watching NASCAR on weekends.

In lieu of flowers, memorials may be made to: Curing Kid’s Cancer at http://curingkidscancer.org