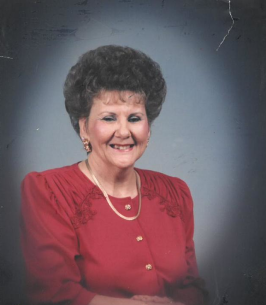 Memorial service for Mavis Jones Rodecker, 83, of Cleburne, Texas will be conducted at 1:00 P.M., Thursday, September 5, 2019 at Rosser Funeral Home Chapel in Cleburne. The Reverend Brent Shields will officiate.
Mavis Jones Rodecker passed away Saturday, August 24, 2019 in Cleburne. She was born March 8, 1936 in Argo, Texas to Sevilla (Cobler) and Marvin Williams.
Mavis worked as a retail clerk and was a member of Bethel Temple. She was preceded in death by her parents; daughter, Debbie Jones; grandson, Jason Ferguson; brother, Vern Williams; and former husbands, James Jones and Ron Rodecker.
Survivors include her son, Jay Jones; step grandson, Wesley Mikulec and wife, Wendi and their children, Marissa and Mason; sister-in-law, Barbara Williams; nephew, Brent Williams; dear friend of 61 years, Reba Stephens; and a host of other friends and extended family who will miss her greatly.
To order memorial trees or send flowers to the family in memory of Mavis Velera Rodecker (Williams), please visit our flower store.