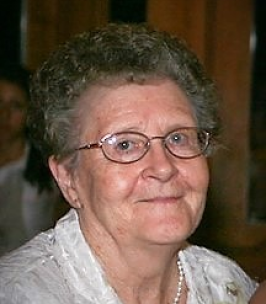 Daisy Bell Sarchet, of Cleburne passed away Friday, June 4, 2021, in Cleburne. She was born January 31, 1931, in Haskell, Texas, to Verna (Jetton) and Aubrey Waco Shelley. She married her sweetheart, Robert Lee Sarchet on August 19, 1950, in Clovis, New Mexico. Daisy was of the Baptist faith. She is preceded in death by her parents; son, Waco Sarchet; and a brother, Charlie Waco Shelley.

Daisy was a creative and gifted individual. Never one to sit still, she always needed “something to do with her hands” which usually meant a craft. Her crafting included knitting, crocheting, sewing, pottery, and quilting. She also loved to read, work puzzles and watch sports. Tenacious to her core Daisy overcame a childhood bout with Polio and successfully conquered the task of corralling four wonderful boys. As they grew, she enjoyed supporting their numerous activities in any way she could: from driving classmates back and forth from events to cheering them on from the stands. After managing those boys, she still had the energy to excel at several careers. She worked alongside Robert at the Cleburne Airport, worked with Barry at the pharmacy, and sold fabrics at “A World of Fabrics”.

Funeral services for Daisy will be conducted at 2:00 P.M. Wednesday, June 9, 2021, in the Rosser Funeral Home Chapel. The Reverend Jerry Melson will officiate. Burial will follow in Rose Hill Cemetery. Visitation for family and friends will be held from 6:00 to 7:00 P.M. Tuesday, June 8, 2021, at Rosser Funeral Home.

To order memorial trees or send flowers to the family in memory of Daisy Bell Sarchet (Shelley), please visit our flower store.