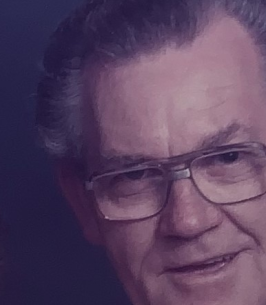 Robert Lee Sarchet, 91, of Cleburne, Texas passed away Friday, December 18, 2020 in Cleburne. The family will hold a private memorial service.
Robert was born March 22, 1929 in Tulia, Texas, to Mollie Imogene (Simmons) and Harold Frederick Sarchet. He married his sweetheart, Daisy Bell Shelley on August 19, 1950 in Clovis, New Mexico.
Robert proudly served his country in the United States Air Force, achieving the rank of Master Sargent. He was of the Baptist faith.
Robert was a talented and determined gentleman who enjoyed singing in the church choir, playing the guitar, working on anything mechanical and flying.
Robert’s love of aviation followed him throughout his life and career. He moved his family from Plainview to Cleburne in 1962 to become the manager of the Cleburne Municipal Airport. Robert then transitioned to Bell Helicopter, where he was an aviation mechanic until his retirement in 1985. After retirement he continued to use his mechanical skills by repairing and restoring Cushman scooters, old John Deere tractors and attending tractor shows.
Robert is preceded in death by his parents; son, Waco Sarchet; brother, Harold Sarchet; and sisters, Edith Cruce and Betty Sue Sarchet.
Survivors include his beloved wife of 70 years, Daisy Sarchet; son, Fred Sarchet and wife, Susie, Barry Sarchet and wife, Sarah, and Kelly Sarchet, all of Cleburne; grandchildren, Alison Sarchet, Heather Carmack and husband, Clay, Krystal Fagan and husband, Chad, Robert Sarchet II and wife, Shandy, Raychelle Geggatt and husband , Jonathan, Chris Sarchet, and Lindsay Sarchet; brothers, Donald Sarchet of Amarillo, Texas, Jerry Sarchet and wife, Elta, of Lubbock, Texas, and Charles Sarchet of Houston, Texas; numerous great and great-great grandchildren; and a host of other relatives and friends.
To order memorial trees or send flowers to the family in memory of Robert Lee Sarchet, please visit our flower store.