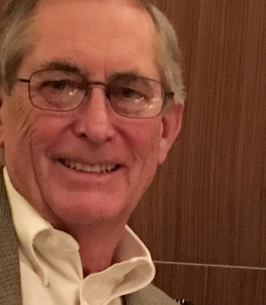 Thomas William “Tom” Shelhimer, 78, of Cleburne, Texas passed away Saturday, November 16, 2019 in Cleburne.
Tom was born August 6, 1941, to Marian Mackey (Miller) and Marlin Thomas Shelhimer. Tom was the oldest of two children. His sister, Lynne Stowell and her husband, “Dick", live in Littleton, Colorado, and have two daughters, Meredith and Hillery.
Tom graduated from The University of Oklahoma in 1963, where he earned a Bachelors in Business Administration. He immediately went to work for LTV, Lockheed Martin today. He worked there for 34 years, taking an early retirement in 1997.
He and his first wife, Marilyn, had two children together, Brett Thomas Shelhimer and Dana Lynne (Shelhimer) Minissale. Brett and his wife Ginger reside in Allen, Texas with their sons Blake Thomas, 22, and Sean Mitchell, 19. Dana and her son, Mark Thomas, 20, both reside in Dallas, Texas.
November 18th, 1989, he married a second time to Grace Anne Meeks, who brought with her two bonus children Jason Alton Meeks and Sara Allison Meeks, Jason and his wife, Pamela Bryant-Meeks, reside in Rendon, Texas. Sara Meeks Spain and her husband Brian Spain, live in Durango, Colorado. They have two boys, Pierson Ely, 10 and Jon Charles, who is 8.
After a valiant battle with lung cancer, Tom passed away peacefully at the home of his niece, Rachel Broyles, and her husband, Don, Saturday, November 16th, surrounded by family members.
Tom is survived by his wife, Grace, his 2 children and 2 bonus children, 5 grandsons, and nieces and nephews.
Tom was a member of Bluff Dale Baptist Church in Bluff Dale, Texas.
To order memorial trees or send flowers to the family in memory of Thomas William "Tom" Shelhimer, please visit our flower store.