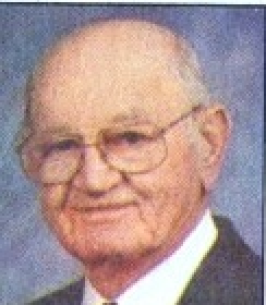 Funeral service for Lt. Col. Donald Shiftar, USAF (Ret.), 97, of Cleburne will be conducted at 10:00 a.m., Saturday, July 20, 2019 in the Rosser Funeral Home Chapel. Neal Logan will officiate. Burial will follow in Rosehill Cemetery. Pallbearers will be members of the United States Air Force.
A visitation for family and friends will be held from 6-8:00 p.m., Friday, at Rosser Funeral Home.
Lt. Col. Donald Shiftar, USAF (Ret.), passed away Sunday, July 14, 2019 in Cleburne. He was born December 7, 1921 in LaCrosse, WI to Julia “Ella” (Ruskayi) and John Shiftar. He married Margaret Balun on November 16, 1946 in New Buffalo, MI. Donald joined the USAF, serving in WWII in Germany, England and France. He retired 28 years later as commander of the U.S. Air Force Reserve Center in Fort Worth. He and his wife were owner and operators of Shiftar’s Drive-In in Cleburne from 1953 – 1966. Mr. Shiftar was a member of the Bank of America Coffee Club and was an avid fisherman who logged many hours on Lake Pat Cleburne catching crappie which he shared with family and friends. He was a member of St. Joseph Catholic Church.
Survivors include his beloved wife of 72 years, Margaret Shiftar; daughter, Janice Ingle; grandson, Jason Ingle; and a host of other relatives and friends. He was preceded in death by his parents and a grandson.

To order memorial trees or send flowers to the family in memory of Donald Shiftar, please visit our flower store.