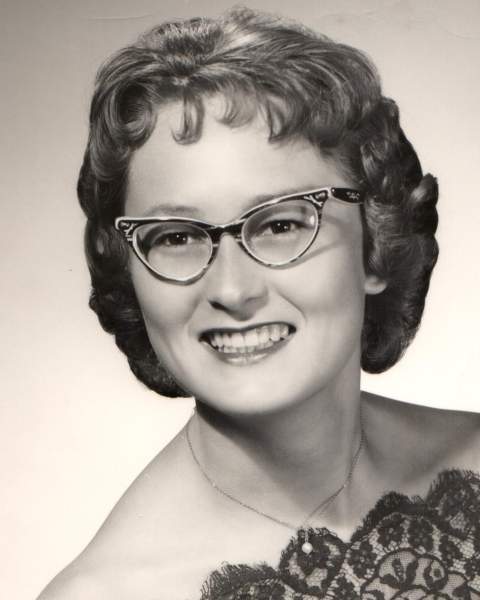 Sibyl Ross Beasley left this earth on Thursday morning, August 18, 2022, at her daughter’s home surrounded by her family.

Sibyl was born on May 19, 1940, in Dallas, Texas to the late D.D. and Reba Ross.  She grew up in Dallas, Houston, and Fort Worth, Texas, and graduated from Arlington Heights High School in 1958.  She then completed a secretarial and business training program.

Her first job after graduation was as a secretary for the Texas Highway department, where she went to work for a young Engineer from Cleburne, Sidney N. Beasley.  After less than a month, she asked him if he was going to ask her on a date, and he told her he could not, unless she quit her job.  So, she did, and the rest is history.   Sid and Sibyl were married on Sid’s birthday, September 19, 1959, a full month before the previously arranged and announced large wedding Sibyl’s mother had planned.

Sibyl and the love of her life, Sid, had four children in eight years.  They moved from the metroplex to Bedford, to get away from the city.  When Bedford no longer had open space, they moved to Sid’s family’s farm in Liberty Chapel to really get away.  The children attended Liberty Chapel School and Sid served on the School Board.  Sid and Sibyl were very active in their local churches, Saint Mark’s Methodist, where they lead the youth group and then as founding members of the Cleburne Bible Church.  From 1984 until 2003, Sibyl lovingly and tirelessly cared for Sid, who had suffered a debilitating stroke.

Sibyl worked for Cleburne ISD for more than 20 years, first in the special education department and then as a bookkeeper in the administration office.  A lifelong creative person, Sibyl crafted with her children including drawing, painting, and sewing.  Ultimately her favorite was quilting.  She enjoyed needlework and quilting for the remainder of her life, using her talents to give beauty and warmth to extended family members as well as members of her community in need.   As the years past, Sibyl’s greatest joy came from her grandchildren and great-grandchildren.

A Celebration of Life Service will be held at 3:00 P.M., Sunday, August 21, 2022 in the Rosser Funeral Home Chapel with Dr. David denHartog officiating.

To order memorial trees or send flowers to the family in memory of Sibyl Ross Beasley, please visit our flower store.