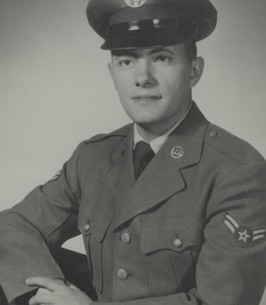 Richard Morgan Sigel, 81, passed away Wednesday, June 10, 2020 in Fort Worth, Texas. Services will be held at the Dallas-Fort Worth National Cemetery.
From Little Valley, New York, Richard was born May 4, 1939, the son of Irene (Richards) and Morgan Siegel.
He married Tiana Anderson on July 3, 1984 in Weatherford, Texas.
Richard served in the United States Air Force for six years and worked for the United States Post Office in Arlington, Texas for 37 years.
He was preceded in death by his parents.
Richard is survived by his wife of 35 years, Tiana; sons, Karl Sigel, Kyle Sigel, Jon Brumfield and wife, Cindi, David Brumfield, and Jerry Brumfield and wife, Beth; brother, Dan Lautterette; and sister, Sherry Dolce.
To order memorial trees or send flowers to the family in memory of Richard Morgan Sigel, please visit our flower store.