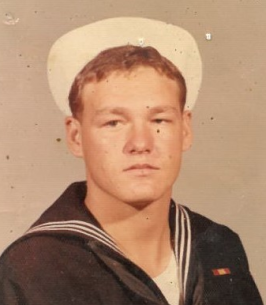 A memorial service celebrating the life of Chester Wayne Smith, Jr., 66, of Cleburne, Texas will be held at 1 p.m. Thursday, June 25, 2020 at Turning Point Church, 10700 Old Burleson Rd, Fort Worth, TX 76140.
Chester Smith passed away Sunday, June 21, 2020 in Cleburne. He was born in Cleburne on September 11, 1953 to Bonnie (Montgomery) and Chester W. Smith, Sr.
A lifelong resident of Cleburne, he graduated from CHS in 1972 and enlisted in the United States Navy where he served for six years.
He met and married Lynn (Smith) in 1978 and three years later they welcomed their son, Chet.
Chester worked for the City of Cleburne and for Walls Industries until an injury forced him to retire at an early age.
Chester will be deeply missed by his family and friends.
He is preceded in death by his parents, Bonnie and Chester Sr.; sisters, Waynette and Patricia; brother, Randall; and brother-in-law, Manuel Washington.
Chester is survived by his wife of 41 years, Lynn; son Chet Smith and wife, Tempe; step-granddaughter, Mckenzie; and several nieces and nephews.
To order memorial trees or send flowers to the family in memory of Chester Wayne Smith Jr., please visit our flower store.