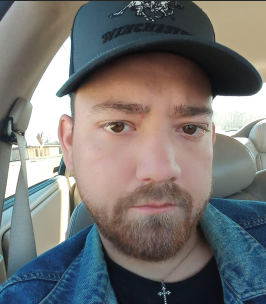 DUE TO WEATHER CONDITIONS THE SERVICE FOR CHRISTOPHER "SHORTY" SMITH HAS BEEN POSTPONED UNTIL SATURDAY, FEBRUARY 20, 2021

A memorial service for Christopher Wayne Smith, 24, of Cleburne, Texas will be held at 11 a.m. Saturday, February 20, 2021 in the Rosser Funeral Home Chapel with Pastor Charles Martin officiating.
Christopher, also known to friends as “Shorty”, passed away on January 28, 2021.
He took his first breath on November 1, 1996, born to Jennifer Polson and Jackie “JJ” Smith, Jr in Fort Worth, Texas.
From birth Christopher battled with prune belly syndrome and needed constant medical care but rarely lost his spirit in spite of the obstacles he had to endure.
At the time of his death he was employed at Texas Chemical Company in Cleburne. He had also worked as an electrician’s helper.
Chris played the guitar with a few local bands.
He was adopted by his great aunt and uncle, William and JoAnn Smith, who preceeded him in death along with his maternal grandmother, Roweena Polson.
Christopher's memory will forever be cherished by his biological parents; brothers, William Burns, Daniel Burns, Will Smith, Jr., and Zack Smith; sisters, Shylah Smith, Shyrah Smith, Tracey Davis, and Stephanie Roias; maternal grandfather, David Polson; paternal grandparents, Jackie and Vivian Smith; Cynthia Brazel; and many cousins, aunts, uncles, nieces, nephews and friends.
To order memorial trees or send flowers to the family in memory of Christopher Wayne "Shorty" Smith, please visit our flower store.