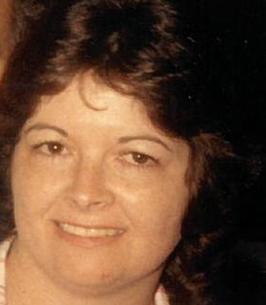 Funeral services for Donna Sue Sowers, 63, of Burleson, Texas will be conducted at 2 p.m. Friday, December 14, 2018 in the Rosser Funeral Home Chapel with the Rev. Brian McClure officiating. Burial will follow in Kimball Cemetery near Kopperl, Texas.
A visitation will be held from 6 – 8 p.m. Thursday, December 13, 2018 at Rosser Funeral Home.
Serving as pallbearers will be Jon Schooley, Taylor Morgan, Casey Sowers, Colton Napoleon, Colby Godfrey, Brayden Singletary, Shyloh Napoleon and Phil Morgan.
Donna Sue Sowers passed away at 7:23 a.m. Monday, December 10, 2018 in Burleson. She was the wife of Ricky Sowers, sharing 42 years of marriage together.
Born in Fort Worth, Texas, Donna was the daughter of Jack Ward and Pat Brown; and the step-daughter of Bill Brown.
She graduated from O. D. Wyatt High School in 1974.
Donna and Ricky were married April 17, 1976. In June of 1976, they welcomed their first daughter, Dawn, and in August of 1978, they welcomed their second daughter, Shannon; followed by their third daughter, Robyn, in December of 1989.
Donna enjoyed watching the success of her children and grandchildren. It brought her joy to see them grow into who they are today.
She was preceded in death by her parents; and grandparents, Dorothy and Cecil Austin.
Donna is survived by her loving husband, Ricky Sowers of Burleson; daughter, Dawn Schooley and husband, Jon, of Wichita Falls, Texas, Shannon Ledesma and husband, Cody, of Alvarado, Texas and Robyn Sowers of Burleson, Texas; grandchildren, Casey Sowers, Layle Morgan and husband, Taylor, Shyloh Napoleon and fiancé, Colby Godfrey, Colton Napoleon, Bubba Napoleon, Cagen Ledesma and Jaxon Ledesma; and great granddaughter, Trinity Morgan.

To order memorial trees or send flowers to the family in memory of Donna Sue Sowers (Ward), please visit our flower store.