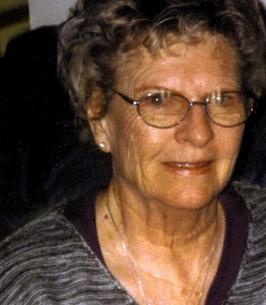 Memorial services celebrating the life of Dorothy “Sue” (Henson) Standefer, 89, of Cleburne, Texas will be conducted at 11 a.m. Tuesday, June 4, 2019, at the First United Methodist Church of Cleburne with Pastor Daniel Hawkins officiating.
Sue Standefer passed away Tuesday, May 21, 2019, in Cleburne.
She was born in McCaulley, Texas. When Sue was very young, they moved to Martin County, Texas where she grew up and went to school at Courtney, Texas.
After the death of her husband, Clement Standefer in 2004, she moved to Dallas, Texas to be closer to her two daughters. In 2012, Sue moved to Cleburne.
She was active in church activities. Sue loved baseball and basketball and she loved to sew and work with crafts.
Sue was preceded in death by her parents; husband, Clement Standefer; sister, Ruby Haggard; and daughter, Joyce Bulin in May of 2019.
She is survived by her daughter, Brenda Driggers and husband, Ron; son-in-law, Mike Bulin; brother, Nathan Heidelberg and wife, Glenny, grandchildren, Russell Driggers, Deanna Driggers, Alexis Penn, Amanda Haygood, and Michael Bulin; and great grandchildren, Emma Driggers, Leo Michael Driggers, Jacob Penn and Elizabeth Penn.

To order memorial trees or send flowers to the family in memory of Dorothy Sue Standefer (Henson), please visit our flower store.