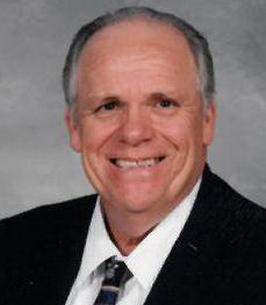 Funeral services for Arlie Desmond Stanley, 79, of Joshua, Texas will be conducted at 10 a.m. Monday, December 31, 2018 at Bethel Temple Assembly of God in Cleburne, Texas. Pastor Ken Jones will officiate. Burial will follow in Greenacres Memorial Park.
A visitation will be held from 5 – 7 p.m. Sunday, December 30, 2018 at Rosser Funeral Home.
Arlie Stanley went to Glory on Thursday, December 27, 2018 in Fort Worth, Texas. He was born in Cleburne on October 7, 1939, the son of Elvie (Hassell) and Desmond Stanley.
A sports lover, Arlie graduated from Kennedale High School where he played football.
He became a butcher and was employed with Winn Dixie for 42 years before retiring in 2002.
Arlie and wife, Rebecca had celebrated 25 years of an absolutely wonderful marriage in June of 2018. She called him the best husband in the world.
Most of all, Arlie loved God and was active in Christian Education, Bus Ministry and Senior Adult Ministry. He was very thoughtful and was known as the church “hugger” who reached out to people, always concerned for those who were alone.
Arlie was preceded in death by his parents.
He is survived by his wife, Rebecca (Warren) Stanley; step-sons, Mark Jones and wife, Jacinda, Jeremy Jones and wife, Stephanie; son, Scott Cox; daughters, Teresa Hebert and Debra Tredaway; brothers, Wilbur Stanley and wife, Joann and Bill Stanley and wife, Kaye; numerous grandchildren and great-grandchildren; and numerous nieces and nephews.

To order memorial trees or send flowers to the family in memory of Arlie Desmond Stanley, please visit our flower store.