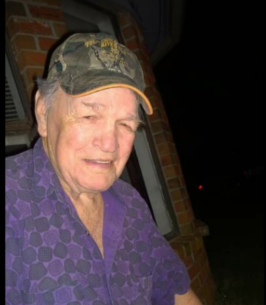 A memorial service for Howard Watson Stewart, 80, of Kennedale, Texas will be conducted at 2 p.m. Sunday, September 6, 2020 in the Rosser Funeral Home Chapel with the Rev. Brian McClure officiating.

Howard Watson passed away Thursday, September 3, 2020 in Burleson, Texas. He was born July 23, 1940 in Stephenville to Ora Irene (Powers) and Arthur H. Stewart.

Howard was a caring father, grandfather, great grandfather, brother and uncle. He was a honest, hard working man. He was a no nonsense man. If he said he was going to do something he would do it. Howard didn't like gossip and rarely had a bad thing to say about anyone. He was a compassionate, giving man. He will be deeply missed and in our hearts and memories forever. He is preceded in death by his parents.