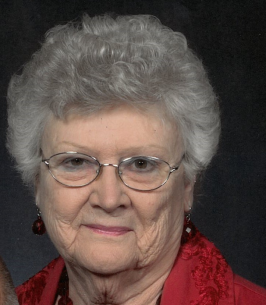 Graveside services for Bobbie Jo (Brown) Stringer, 90, lifelong resident of Cleburne, Texas, will be conducted at 10 a.m. Saturday, October 31, 2020 at Rosehill Cemetery with the Rev. John Glover officiating. The family requests that all attendees wear masks.
Bobbie passed away Tuesday, October 27, 2020 in Cleburne. She was born on November 27, 1929, to John and Nannie (Reeves) Brown.
Bobbie graduated from Cleburne High School in 1947, where she was the editor of the Yellow Jacket Yapper. After high school, she attended the Dallas School of Business.
Bobbie worked at Kimbro Clinic for many years, and later became a medical transcriptionist for Johnson County Memorial Hospital and later Walls Hospital.
On September 3, 1949, she married her childhood friend and sweetheart, Bill Dick Stringer. They were faithful members of Field Street Baptist church for over 50 years. Bobbie and Bill Dick were both members of the Curli-Q’s square dancing club and the Satellite Camping Club. They were married for 70 years.
Growing up, Bobbie was an active member of the Camp Fire Girls. She passed along the love for the organization to her daughter, Mende.
She was preceded in death by her parents; her husband, Bill Dick; her brother, Gayle Brown and sister-in-law, Darla; and her daughter-in-law, Delia Stringer.
Bobbie is survived by her daughter, Mende Bruce of Cleburne; son and daughter-in-law, Monte and Taree Stringer of Richardson, Texas; and son and daughter-in-law, Marty and Lisa Stringer of Fort Worth, Texas; aunt, Georgia Anderson, as well as, numerous Reeves cousins.
She also leaves behind her six grandchildren: Sam, Nan, Matt, Morgan, Mason, and Jordan and her four great grandsons: Skyler, Reeves, Mercer, and Spaid.
In lieu of flowers, memorials may be made to Camp Fire Tesuya, 815 N. Main Street, Cleburne, Texas 76033.

Rosser Funeral Home does not have an onsite florist, for floral tributes; please contact a local florist for delivery.

To order memorial trees or send flowers to the family in memory of Bobbie Jo Stringer (Brown), please visit our flower store.