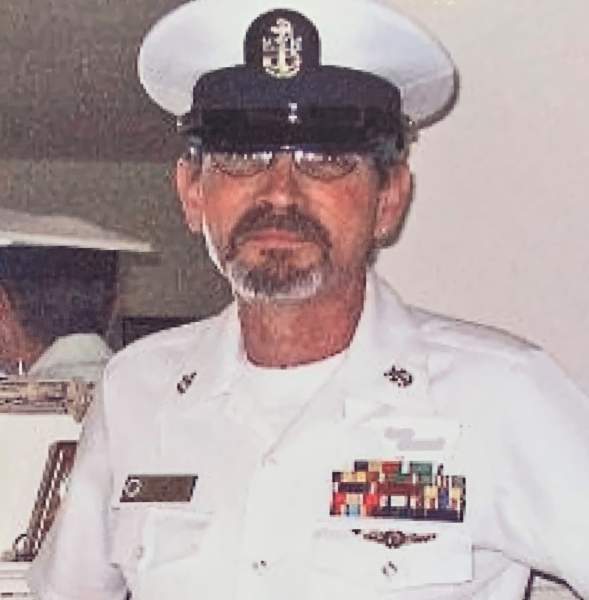 Terry Alan Driskell was born July 23, 1957, to James Driskell and Brenda Seeders. He passed from this world to eternity on November 7, 2022.

Terry, a United States Navy Veteran was an American patriot, beholding the belief in serving God, Country, and Family.  Kentucky-born, he recently transplanted to the great state of Texas and fit right in.

They say everything is bigger in Texas, and Terry was no exception, reflecting the motto of go big or go home.  Whatever he took on, he did so with big vigor and relentless pursuit.  Terry was an intelligent extrovert that would light up a room; never meeting a stranger or one that would not soon become a friend.

Terry spent most all his life seeking love and respect from both family and friends.  But far too often he felt it was just out of his reach or if achieved it would seemingly slip through his fingers.  Terry was not without his troubles, struggling with lifelong PTSD, a terrible condition that impacted every area of his life from his service to our country.  But 10 years ago, God delivered to him his earthly angel, Diana.  And for Terry's last ten years of life, Diana was the rock on which he both stood and rested.  She gave him a foundation of undying love and care.

In his last days, Terry was diagnosed with esophageal cancer.  Cancer combined with the required treatment was at times unbearable to his very much weakened body.  But with Diana's loving care, he was determined to beat this awful disease. His spirit was strong, and his determination was unwavering, but his heart was weak and simply could not continue the fight.

Terry's physical heart may have ceased to function, but his immortal heart of love will continue to beat in the lives of his family and those he knew, through eternity.

In lieu of flowers, please feel free to make donations to the Go Fund Me set up for the family :https://gofund.me/2a0f4a89
To order memorial trees or send flowers to the family in memory of Terry Driskell, please visit our flower store.