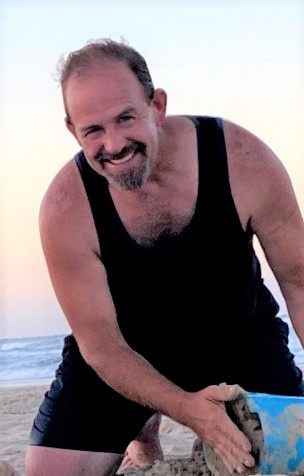 Tim was born on June 2, 1971, to parents, Jeanne (Johnson) Brandenburg and Jim Stephens. He was raised by his mom with his dad David Brandenburg and his three younger siblings Barbara, Robert, and Brooklyn.

Tim graduated from Cleburne High School in 1989 and became a Jack of all trades. He worked at Piggly Wiggly as a teenager and then became a roofer, modular home assembler, window tinter, and glass installer. He installed his last piece of glass on the last Friday of July. He loved customizing trucks, tinkering with anything mechanical, creating clocks out of glass and window tint, collecting hot wheels, and helping friends by doing oddball jobs. Tim always made the impossible, possible.

Tim was a devoted father to Allen and Dalilah and raised them as a single dad. Everything revolved around their needs and wants often sacrificing many of his own needs and wants. Tim was excited about the upcoming school year with Allen playing football and Dalilah learning to play the trumpet.

There wasn't a single person who met Tim that didn't instantly consider him a friend. He had never met a stranger and could talk to anyone about anything. You would walk away from the conversation yearning for more because Tim was that easy to talk to.

Tim will be late to his own services like he was late to every other event. To beat the Texas heat, a celebration in his honor will be held at a later date and details will be announced by the family.

Tim is survived by his children, Allen and Dalilah Stephens; his mother, Jeanne and father, David Brandenburg; his father, Jim Stephens; his siblings, Barbara (Brandenburg) Catchpole and husband, Jody, Robert Brandenburg, Brooklyn Robinson and husband, Robbie, Jimmy Dan Stephens and wife, Ladonna, and Jennifer Gillaspie and husband, Kenneth. He is also loved dearly by nieces, Kenidi and Abigail; nephews, Thomas, Samuel, and Cooper; along with various other family members including aunts, uncles, cousins as well as numerous friends, co-workers, and acquaintances.

To order memorial trees or send flowers to the family in memory of Timothy Stephens, please visit our flower store.