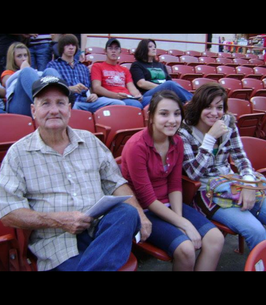 Service for David Horton Tribble, 79, of Cleburne will be conducted at 1:00 p.m., Tuesday, February 5, 2019 in the Rosser Funeral Home Chapel. Burial will follow in Caddo Cemetery. Visitation will be from 6-8:00 p.m., Monday, at the funeral home.

David Horton Tribble passed away Saturday, February 2, 2019 in Fort Worth. He was born February 16, 1939 in Grandview to Roy and Sarah Ruth (Stanley) Tribble.

Mr. Tribble worked as a fabricator for Lockheed Martin before retiring. He was of the Christian faith.

Survivors include his son, Troy Curtis Tribble and wife Crystal of Elgin; daughter-in-law, Michelle Sanders of Cleburne; grandchildren, Chris Tribble, Tiffany Tribble, Shelby Tribble, Amber Tribble, and Filicia Robinson; great grandchildren, Eli, Wyatt, Naomi, and Emy; sisters, Wanda Peck and Mabline Wells, both of Cleburne; and a host of nieces, nephews, other relatives and friends who will miss him dearly.

To order memorial trees or send flowers to the family in memory of David Horton Tribble, please visit our flower store.