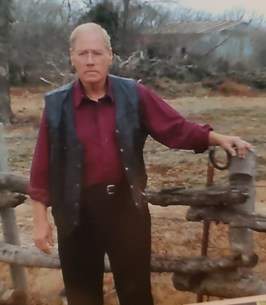 He was preceded by his parents Irving and Maureen Parkins, as well as his sister Diane Transou, his brothers Jerry and David Parkins, his daughter Holly Altri and grandson Christopher Kjersgard.

Born Dennis Jannay Parkins in Dallas TX, he earned a PhD in Education from Texas A&M Commerce in addition to 6 other degrees and was in education his entire life. He served as a teacher, coach, and Principal – and was Dean of Hill College. He was the author of several books, including Billy The Kid “Killed” in New Mexico – Died in Texas, Bernie Sanders…He Would Have Been Elected President, Leadership Styles of the Academic Vice-Presidents of Texas Senior Colleges and Universities.

As a Captain in the Texas National Guard he received the Texas Faithful Service Medal, and he was a lifelong member of the Sons of Confederate Veterans. He was fascinated with the history of the West – especially Billy The Kid and Jesse James. And he loved controversial topics such as the JFK assassination, Bigfoot, and UFOs. He loved long road trips, short visits, hard work, historical markers, sweet tea, group photos, warm weather, sending cards, and traveling around New Mexico and Texas. His favorite sport was basketball, especially winning Hoop-D-Do with his brothers David and Michael, and he was a member of Faith Temple Church and was baptized at Hillcrest Baptist Church in Cedar Hill, TX.

A service is to be held on Friday, July 3, 2020 at 3pm at Rosser Funeral Home in Cleburne, TX. Visitation will start at 2pm. Burial will be at Rose Hill Cemetery in Cleburne. Flowers may be sent to Rosser Funeral Home.
To order memorial trees or send flowers to the family in memory of Jannay Parkins Valdez, please visit our flower store.