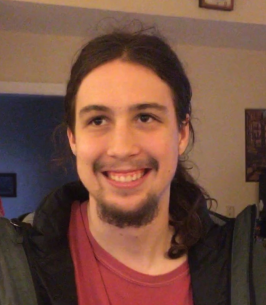 Funeral service for Jason Van Every II, 21, of Cleburne will be conducted at 3:00 P.M., Saturday, July 20, 2019 at the Keene Seventh-day Adventist Church in Keene. Pastor Russ Laughlin will officiate. Burial will follow in Keene Memorial Park Cemetery.
Visitation for family and friends will be from 6-8:00 P.M., Friday, at Rosser Funeral Home.
Jason Eugene Van Every II was suddenly taken from us in the early hours of July 12, 2019. He was born in Loma Linda, California on May 18, 1998. He was succeeded by a brother Caleb Van Every 3 years later. He moved with his family to the great state of Texas in 2006. He made the decision at a young age to commit his life to God and was baptized in 2008 at the Keene SDA church. Jason completed high school, and was making plans to attend Hill College to pursue an Information Technology degree. Jason enjoyed many activities and was a quick study. He achieved the rank of red belt in Karate, was a self-taught guitar player and intense player of Monopoly, just to name a few. He was passionate about his love for America and joined the Civil Air Patrol and was attached to the unit located in Cleburne and achieved the rank of Cadet Chief Master Sergeant/Cadet First Sergeant. He was working at Texas Royal Pizza as a delivery driver, and was loved by his co-workers and bosses. Jason was described as an old soul in a young body in part due to his passion of what is considered old school music, with a particular liking classic metal bands, and ideas on how life should be lived. Some have described him as the one that brought humor to any situation, had some one-lined zingers, and knew how to engage in conversations that most would not consider a 21-year-old would be interested in.

Jason is survived by his parents Jason and Annetta Van Every and brother Caleb. His grandparents Loretta Bianchi, and Dale and Candy Krohn. Great Grandparents Dorothy Krohn; Bob Sterba; and Mary Jo and John Pinkerton. His aunts, uncles, many cousins and numerous friends. Included in this list of family members are who he considered his Texas grandparents Don and Pat Doak whom he loved. While his life was cut short, he tried to live life in the moment and make the most of it.

To order memorial trees or send flowers to the family in memory of Jason Eugene Van Every II, please visit our flower store.