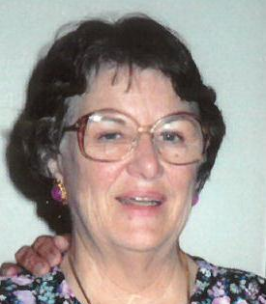 Funeral services for Ora Marie (Weir) Walker, 95, of Cleburne, Texas will be conducted at 11 a.m. Friday, April 19, 2019 in the Rosser Funeral Home Chapel with Pastor Donna Ware officiating. Burial will follow in Greenacres Memorial Park.
A visitation for family and friends will be held from 6 – 8 p.m. Thursday, April 18, 2019 at Rosser Funeral Home.
Ora was born August 12, 1923, to Andrew Jefferson Weir and Bertie Elizabeth (Miller) Weir in Crowley, Texas. She passed away Tuesday, April 16, 2019 in Fort Worth, Texas.
After graduating from Paschal High School, she married Ross Edwin Walker on July 3, 1940, in Fort Worth.
She partnered with Ross in a small grocery store in east Fort Worth prior to his enlistment in the U.S. Army during World War II. She accompanied him to Fort Monmouth, New Jersey and San Francisco, California during his training; upon his deployment to the Asian Theatre, she returned to Fort Worth, patiently awaiting his discharge.
The next leg of their journey took them to College Station and a much-loved time at Texas A&M University. Ross encouraged her to attend college after his graduation, but her desire was to be a wife, homemaker, and, hopefully, a mother. She was overjoyed when the couple adopted a daughter in 1957 and son in 1959.
An expert cook, seamstress, and gardener, Ora was devoted to her husband, children, grandchildren, great grandchildren and her church, Wesley Memorial United Methodist, until her final days.
She was preceded in death by her parents; her husband of sixty-two years, Ross; her three sisters, Opal Farmer, Irene Wallace, and Lois Reeves; and a nephew, Zane Farmer.
She is survived by her son, Rex Walker; her daughter, Gay Roden and husband, Scott; special grandchildren, Leslie Pitts and husband, John; Ross Green and wife, Cinthia; Barrett Green; John Roden; and Lee Roden.
In her last decade, she was delighted to become a great grandmother to Polly Pitts, John Pitts, Edwin Green, and Phoebe Pitts. She is also survived by her adoring niece, Sandra Wallace.
The family will be forever indebted to her caregiver, Lenora Smith, for her devotion to our Gammy over the past year.
Donations in her honor can be made to her church, Wesley Memorial United Methodist of Cleburne, 1200 W. Kilpatrick, Cleburne, TX 76033.
To order memorial trees or send flowers to the family in memory of Ora Marie Walker (Weir), please visit our flower store.