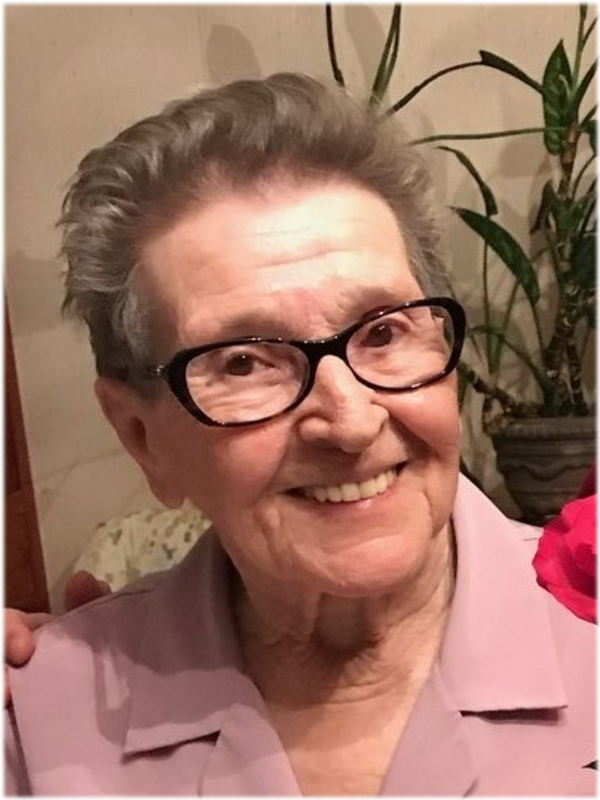 Services for May Rose White, 99, of Burleson, Texas will be conducted at 10:00 A.M., Wednesday, March 23, 2022, at St. Joseph Catholic Church, Cleburne, Texas. Father Sergio Rizo will officiate. Burial will follow in Greenacres Memorial Park Cemetery. No visitation is scheduled.
May Rose White passed away Sunday, March 20, 2022, in Burleson, Texas. She was born May 20, 1922, near Gueydan, LA to Noemie (Bertrand) Meaux and Eli Meaux. May married John Joseph White in Galveston Texas on January 14, 1944. John and May were together for 68 years before he passed in 2012.
She was preceded in death by her parents; sisters,Virginia and Lula; brothers, Roy and Loyfa; and son, Gerald.
Survivors include son, Richard and wife, Sherrie; nieces, and nephews; four grandchildren, six great-grandchildren and one great-great-grandchild.

To order memorial trees or send flowers to the family in memory of May "Mae" White, please visit our flower store.