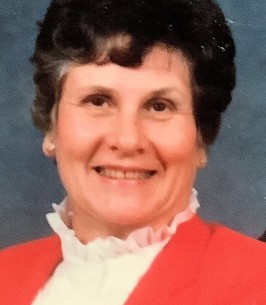 Funeral services for Catherine Ellen Keller Whitehead of Cleburne, Texas will be conducted at 10:00 A.M., Monday, July 27, 2020 at Rosser Funeral Home Chapel in Cleburne, Texas. Burial will follow at George’s Creek Cemetery in Somervell County, Texas. Visitation for family and friends will be held at 9:00 A.M., Monday, at the funeral home, prior to the service.
Catherine Ellen Keller Whitehead of Cleburne, Texas passed away on Thursday, July 23, 2020 at the age of 87, under the care of the Colonial Manor Nursing Care Center and Mission Hospice of Cleburne.
Catherine was born on September 11, 1932 in Somervell County at George’s Creek to Mary “May” Catherine (Hewlett) and Charles “Charlie” Edward Keller.
Having met on a blind date on May 25, 1948, she was united in marriage to Earl Whitehead on May 25, 1950 by Brother Foust in the East Henderson St. Baptist Parsonage, witnessed by her best friend, Effie Lee (Lane) Starnes.
Catherine lived a very active life. She graduated from Glen Rose High School in May of 1949, at the age of 17. She was a member of the pep squad from 1945 – 1948. She played volleyball and basketball for three years 1947 – 1949. She was also a member of the 4-H Club and Choral Club.
After settling in Cleburne with her husband, she worked at FW Woolworth Store in Cleburne until moving to San Diego, California in late 1952 to be with Earl, who was stationed with the Marine Guard/Group at the Point Loma Naval Supply Depot. While there she worked in a drug store cafeteria and then at the Woolworth Store in downtown San Diego, until moving back to Cleburne in March of 1954, where she worked at the first Dairy Queen on West Henderson St.
She became a stay at home Mom in 1955 and while rearing her family she was very active in the Santa FE PTA and the City Council PTA. She was a leader for the Bluebird Campfire Group; a Sunday school teacher and church clerk. She was an Avon sales representative and worked for a home health care agency until becoming a caregiver for her Dad. Later she worked at Field Street Baptist Church in housekeeping from 1994 - 1999 and United Presbyterian Church from 1994 – July 2013. She enjoyed cooking, caring for others, and gospel singing, among many others.
Catherine was preceded in death by her parents, son, Dennis Wayne Whitehead; grandson, Kelly Tubbs; brother, Lynn Keller and wife, Bobbi; and sister, Reba Castleman and her husband, John.
She is survived by her husband of 70 years, Earl Whitehead; three daughters, Sherry Lynn Tomerlin of Burleson, Texas, Mary Suzann Meyer of Del Rio, Texas, and Sharla Leah Tubbs of Mabank, Texas and her husband, Joe; grandchildren, Carey Tomerlin, Collin Tomerlin & wife Lydia, Douglas Meyer and fiancée, Allison Williams, Sara Grogan and husband Charles, Alisha Chancellor and husband, Kurtis; two great granddaughters, Hagen Sims and Amelia Tomerlin; numerous nieces, nephews, other relatives and friends.

To order memorial trees or send flowers to the family in memory of Catherine Ellen Whitehead (Keller), please visit our flower store.