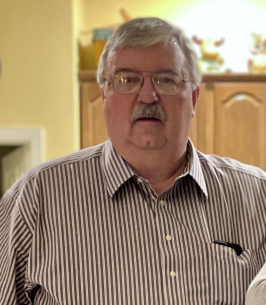 Stephen Joel Zager 64, a longtime resident of Keene/Cleburne, TX passed away October 3, 2021 in Fort Worth, TX. Stephen was an active member of the Keene Seventh Day Adventist Church. The past 7 years he was the caretaker of his father Earl Zager who passed away September 20, 2021, at the age of 95.

Born in East Liverpool, Ohio, Steve was the third child of Earl and Annabelle Vartenuk Zager. Steve earned a Bachelor of Science degree in biology from Southwestern Adventist University Keene, TX. During his time at SWAU, he worked as an announcer on the university radio station, now KJRN. He served a year as a student missionary, teaching English classes in Osaka, Japan.

After graduation, he taught science and was principal of Coggin Memorial School, Corpus Christi, TX. He returned to Keene to work in group homes for developmentally disabled adults, eventually as co-owner of Bluebonnet Residential, a group home in Godley, TX.

Steve was preceded in death by his parents and his brother, Earl John Zager, Jr.

He is survived by his sister, Judy Foose and husband, Gene, of McKinney, Texas; his sister, Janice Leogrande of Redlands, California; his brother, Stanley Zager and wife, Susan, of Apopka, Florida; his niece, Savannah Fragoso and husband, Gabriel, of Apopka;
his nephew, Andrew Zager, also of Apopka; and his aunt, Cynthia Vartenuk of Scottsdale, Arizona. Steve is also survived by a large family of cousins and many friends who treasured him.

Memorials in Stephen’s name may be made at swau.edu/give.
To order memorial trees or send flowers to the family in memory of Stephen Joel Zager, please visit our flower store.